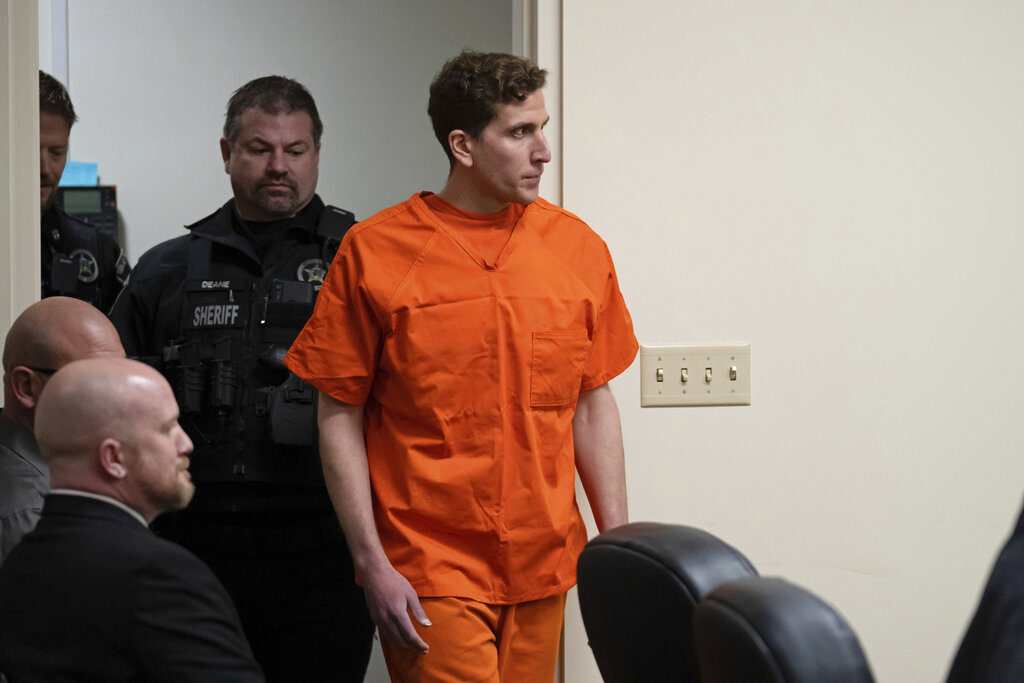 As CrimeOnline previously reported, Kohberger allegedly killed Ethan Chapin, 20; Madison Mogen, 21; Xana Kernodle, 20; and Kaylee Goncalves, 21, on November 13, in a residence off of King Street in Moscow. The victims were all stabbed to death, police said.

Kohberger, who faces one count of burglary and four counts of first-degree murder, could possibly face life in prison or the death penalty if convicted.

Kohberger’s family attended the hearing; his mother was seen wiping away tears while Marshall read the charges. Kohberger’s father, Steve, reportedly wrapped his arms around his wife to comfort her.

An arrest affidavit was also unsealed Thursday, which showed the probable cause that led to Kohberger’s arrest on December 15.

CNN reports that law enforcement tracked Kohberger driving across the country to his parents’ home in Pennsylvania around Christmastime and began surveillance operations at the residence.

Investigators last week also searched an apartment and office believed to be linked to Kohberger in Washington state.

[Featured image: Bryan Kohberger, right, who is accused of killing four University of Idaho students in November 2022, is escorted into a courtroom for a hearing in Latah County District Court, Thursday, Jan. 5, 2023, in Moscow, Idaho. (AP Photo/Ted S. Warren, Pool)]