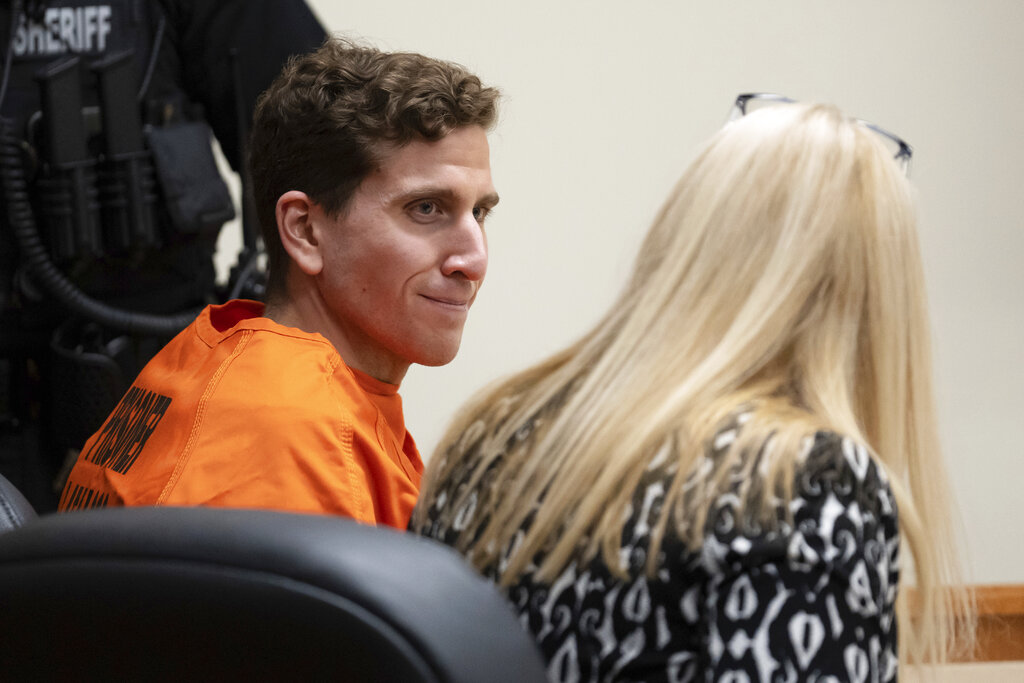 A law enforcement source told CNN that this information came from police surveilling him at Kohberger’s family’s home for four days before his arrest on December 30. Police staked out the home to immediately arrest him when a warrant was issued and to get an object for DNA testing.

Police reportedly needed to obtain a DNA sample from Kohberger, 28, to compare it to DNA on a knife sheath found at the victims’ home in Moscow, Idaho. Testing reportedly confirmed that the two DNA samples came from the same person.

The law enforcement source told CNN that Kohberger was seen wearing surgical gloves and putting garbage in the neighbor’s trash bin. The items were reportedly sent to Idaho for testing.

Kohberger, a Ph.D. criminal justice student at Washington State University, reportedly lives 10 miles from the victims’ home. He is believed to have turned off his phone during the November 13 murders, but police claim he visited the area 12 times before the slayings.

The probable cause affidavit alleged that campus police at Kohberger’s college alerted Moscow police to his white 2015 Hyundai Elantra, which apparently resembles a car seen at the victims’ home around the time they were killed. Surveillance footage reportedly showed a white four-door sedan, but it did not capture its front license plate.

At the time of the killings, Kohberger’s car was registered in Pennsylvania, which does not require front plates.

Kohberger was arrested after a cross-country trip with his father from Idaho to Pennsylvania. During their trip, Indiana police pulled over the pair twice. Sources claimed the FBI requested the traffic stops to view possible injuries on Kohberger’s hands.