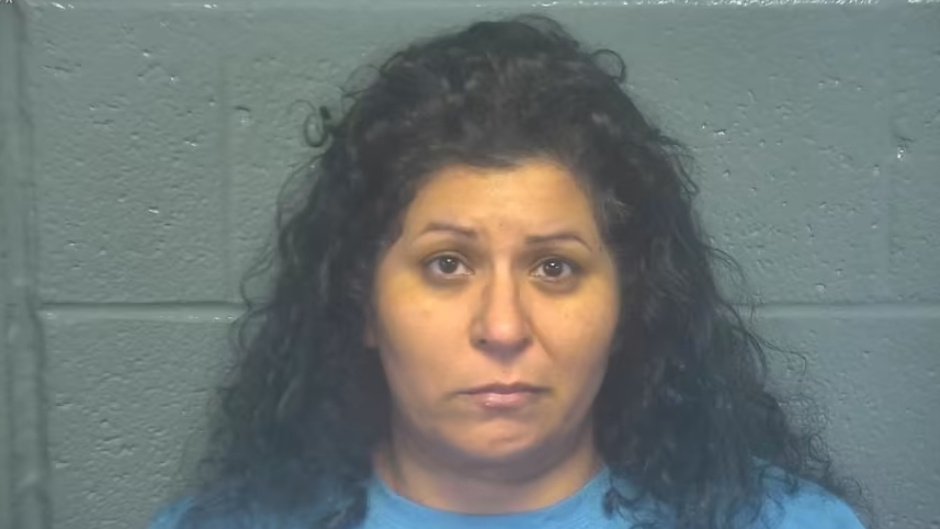 The mother of the man who killed 19 children last year at a Texas elementary school was arrested on Wednesday in Oklahoma for allegedly making death threats.

Adriana Reyes, 40, reportedly threatened to kill a man in Oklahoma City. The man told cops that Reyes was angry at him and feared she would attack him as he slept, according to KSAT.

A witness reportedly corroborated the man’s claims that Reyes had threatened him. Reyes allegedly screamed at the man in front of police officers and claimed the man was “crazy.”

The Uvalde Leader reported that police previously responded to the home on January 1 amid a domestic violence call. At the time, the man and a witness said they will get an order of protection against Reyes.

In the latest case, Reyes is charged with assault and battery and threatening to perform an act of violence. The Uvalde Leader reported that she had been arrested last June for criminal trespass and driving with an invalid license.

Reports indicated that Reyes is the mother of Salvador Ramos, 18, who entered Robb Elementary School in Uvalde, Texas, last May and killed 19 children and two adults. Reyes reportedly shot his grandmother before going to the school.

Video footage suggests that officers stood by after the initial gunfire, even as the gunman fired four additional rounds. Officers remained inactive even after asking for keys to a presumably unlocked classroom and gathering tear gas, gas masks, and a sledgehammer.

Various agencies responded to the scene, including Texas Rangers, U.S. Border Patrol, and U.S. Marshals Service. Despite this, it was an hour and 14 minutes before anyone entered the classroom and fatally shot Ramos. By then, 21 people had died in that classroom.

In August, some of the victims’ families filed a $27 billion lawsuit against multiple law enforcement agencies for their handling of the deadly mass shooting.