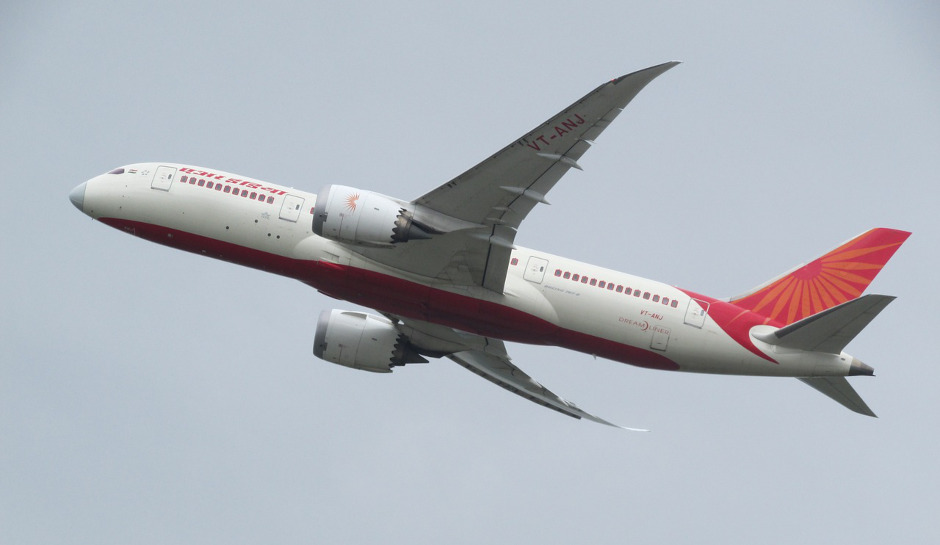 A former Wells Fargo vice president has been arrested for allegedly urinating on an elderly passenger during a New York to New Delhi flight last year.

Shankar Mishra reportedly switched off his phone early this week when he realized police were searching for him, but they found him early Saturday morning when he made a credit card purchase, , according to Germany’s Deutsche Welle.

The incident took place on an Air India flight on November 26, according to a complaint made by the 72-year-old woman, who said that both she and Mishra were seated in the airline’s business class.

“During the course of the flight, shortly after lunch was served and the light switched off, a male business class passenger seated in 8A walked to my seat, completely inebriated,” she wrote in the complaint, a copy of which was obtained by Indian journalist Barhka Dutt. “He unzipped his pants and urinated on me and kept standing there until the person sitting next to me tapped him and told him to go back to his seat, at which point he staggered back to his seat.”

What happened on Air India with the drunk man urinating on a female passenger is sexual abuse and violation of the worst kind. Read the victims full account of what transpired. It’s horrendous that there was no one on ground to record the passengers complaint and follow it up . pic.twitter.com/ulIILKdyTU

The woman immediately notified a flight attendant, who offered her airline pajamas and socks to change into but refused to let her change her seat, although staff later gave her a flight seat where flight attendants normally sit during takeoffs and landings. The airline later brought a sobering up Mishra to the woman so he could tearfully apologize and beg her not to file a complaint.

The airline came under considerable criticism for its handling of the incident after it became public when Dutt published the woman’s complaint. The airline has since said that it suspended the flight crew over the incident and launched an internal investigation. India’s aviation safety regulator said in a statement on Friday that the airline engaged in “unprofessional conduct” regarding the incident.

Mishra, meanwhile, has been charged with committing an obscene act in a public place; assault or criminal force to a woman with intent to outrage her modesty; and misconduct in public by a drunken person, the New York Post reported. He appeared before a judge later on Saturday and was given a 14-day judicial remand after a judge denied police request to remand him into their custody.

According to India Today, Mishra’s father, Shyam Mishra, said the incident was a case of he said, she said.

“This is a totally false case. My son was traveling from the US. He had not slept for 72 hours,” the elder Mishra said. “He might have taken a drink on the flight and slept. What happened after that even he does not know. It’s very difficult to prove.”