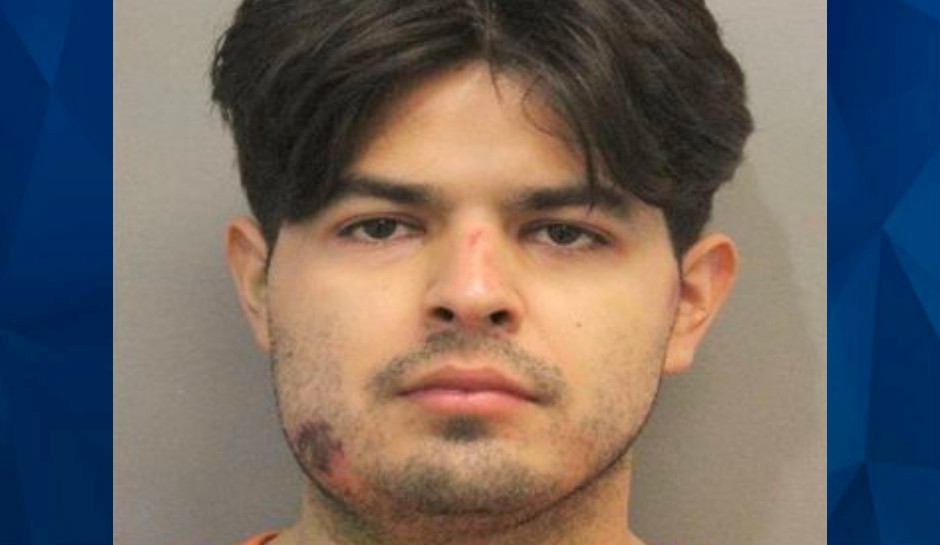 A Texas man out on bond for allegedly assaulting his wife on December 26 is back behind bars — this time on a $4.5 million bond — after he set fire to the house where his estranged wife and 11-year-old daughter were staying, hit his wife with a car, and threatened law enforcement officers.

Pablo Patino Bustos, 28, was seen on a doorbell camera setting fire to his in-laws’ Spring home, where his wife and daughter had gone after his December arrest, at 3:30 a.m. on Tuesday. Six people were sleeping inside, authorities said, according to KTRK.

Bustos struck his wife with his car when she escaped the burning house, investigators said. On Thursday, the wife returned to the house to collect belongings, accompanied by deputies, who found Bustos inside.

“We knew how violent he was, so we actually set up our SOU team and K9 to come out and clear the residence, go in and find him in the residence,” said Captain Vicente Medina with the Harris County constable’s office, according to KRIV. “Luckily we didn’t allow family members to come in.”

Deputies from the constable’s office pulled back and and called in a SWAT team to convince him to surrender, but while they were talking with him, the house again caught fire.

Officers eventually persuaded him to exit the burning house, and he was taken to a hospital to be treated for injuries before he was booked on two counts of arson  and single counts of aggravated assault, violation of protective order and terroristic threat. The judge at his arraignment noted that he had no criminal record prior to the December 26 arrest.