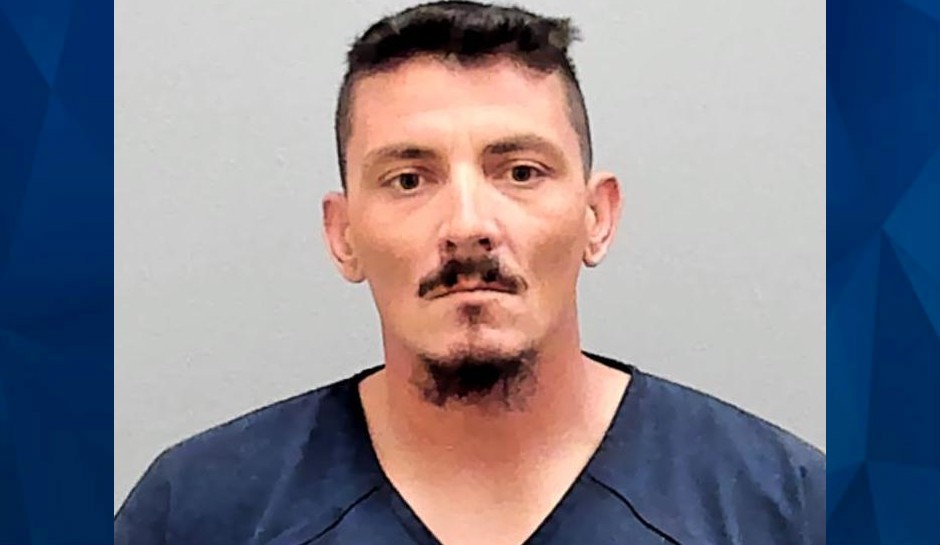 A U.S. Army veteran suffering from post-traumatic stress disorder allegedly murdered his mother and wrote in an apology that he “gave into the Devil” on the night of the killing, TCPalm.com reports.

On December 31, police in Port Salerno, Florida, were called to a home shared by 58-year-old Christina Ruth Diorio and her son, 34-year-old Darren Keith Pouncey.

Authorities allege that at 11:14 p.m. the previous evening, Pouncey had texted a neighbor with a vague request, allegedly writing, “I need ur help,” according to TCPalm.

The neighbor did not see the message until the following day. After initially attempting to call, the neighbor entered Diorio’s and Pouncey’s house using a spare key and found Diorio dead.

A blanket appeared to be covering Diorio, and a section of her face was “bloody and messed up,” the neighbor would later tell police, according to TCPalm.

The neighbor’s husband also went inside the home and allegedly saw Pouncey standing at a bedroom doorway where Diorio’s body was located. Pouncey allegedly had blood on his hands.

“Darren Pouncey asked the neighbor for a gun, and the neighbor obviously did not give him a gun, and he’s currently on suicide watch in our jail,” Martin County Sheriff’s Sgt. Dan DuLac said, according to WPEC-TV.

At least one of the neighbors then exited the home and dialed 911.

Authorities detained Pouncey on a pretrial release violation and later arrested him in connection with his mother’s death. He faces a charge of second-degree murder.

A medical examiner concluded that Diorio died from blunt force trauma, and court documents say blood was found on a porch, the latch of a porch door, and on door glass, among other places.

Investigators also located an open notebook in the home with a note that allegedly read: “Soo I gave into the Devil Tonight!! Apparently. I’ve tried to love but it seems love is dead and people just got (expletive) instead. No rhyme or reason!! I love you, but I have become accustomed to the hell this world is . . . I belong. I’m sorry,” according to TCPalm, citing an arrest affidavit.

Pouncey is a U.S. Army veteran who has been diagnosed with PTSD and had previously been held under the state’s Baker Act, which authorizes authorities to detain someone temporarily in a mental health facility.

When detectives attempted to interview Pouncey, he allegedly displayed his middle finger and pointed to a door, prompting detectives to leave the room where he was being held, according to WPEC-TV.

On the evening of his mother’s death, Pouncey told police that he went out on a “dark” night and had dinner and a drink, but he could not help with a timeline.

Diorio and Pouncey had been living together for the past several years. Family members told investigators that Diorio had been concerned about her safety because of her son over the past year.

A neighbor said they had known Diorio for several years and described her as a good person.

“She was a very nice lady. Everybody seemed to like her,” Mac McClelland told TCPalm. “(This) was a tragedy.”