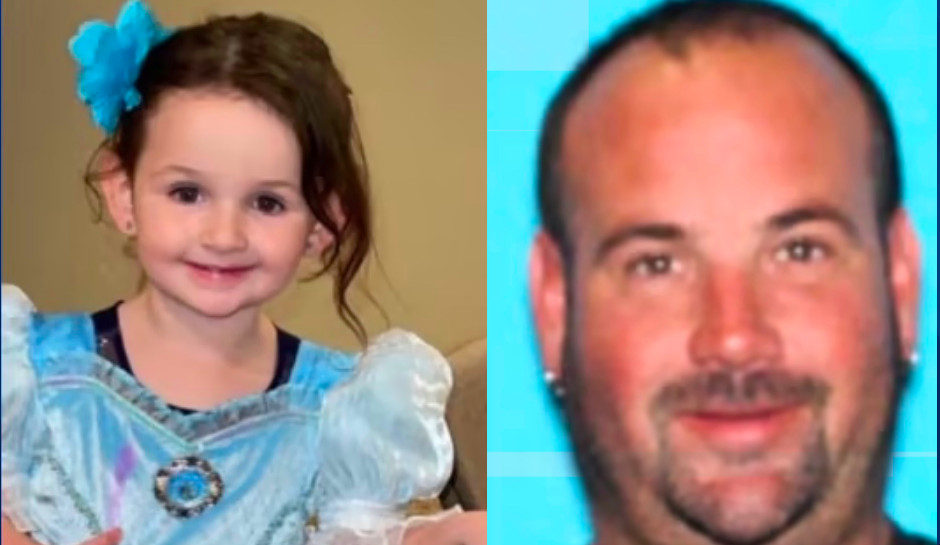 Update: A 4-year-old girl believed abducted by her non-custodial father has been found safe.

WXYZ reported that Lilliana Louise Nardini was located in Ohio with Erik Nardini, who was arrested by the Ohio State Patrol. Troopers were working with Port Huron police to bring the girl back to her mother in Michigan.

Authorities are searching for a 4-year-old Michigan girl whose father told her mother she’d never see the little girl again.

Marysville and Port Huron police said that Lilliana Louise Nardini was last known to be with her non-cusotodial father, Erik Nardini, WDIV reported.

The girl was last seen late Monday night at a Burger King in Marysville.

Police said Nardini was recently served with a court order requiring him to hand over Lilliana to her mother, but he told the mother she’d never see the child again.

“It is believed that Lilliana will be with her father, and they are currently on the run,” Marysville police said in a statement.