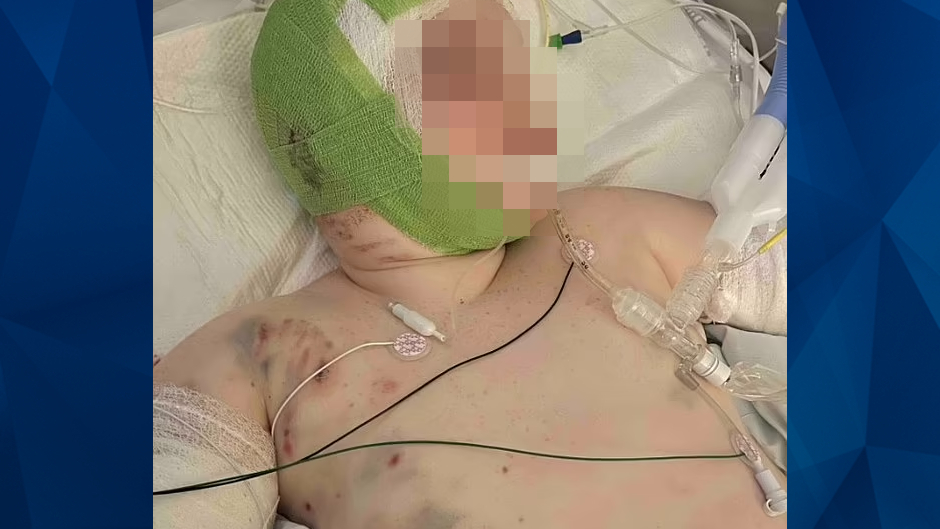 The owner of three pit bulls was arrested in connection with Friday’s reported attack that left an 11-year-old Georgia boy in a medically-induced coma.

The boy’s mother, Ericka Stevens Gilstrap, told WRDW that her son was riding his bike when one of the dogs pulled his leg and the other grabbed his buttocks. After falling off the bike, a third pit bull dragged the boy into a ditch.

Columbia County police said the boy had half of his scalp torn off and had puncture wounds on both legs. He reportedly also had half of his ear bitten off during the mauling.

Gilstrap told WRDW that her 11-year-old nephew called 911 after finding her son in the ditch. According to WJBF, the boy had been trailing behind his older brother and cousin when he was attacked.

The dogs’ owner, Burt Baker III, 26, allegedly told police at the scene that his dogs liked to chase people on bikes. Police learned that animal control had warned Baker about his dogs before Friday’s attack. WRDW reported that neighbors had contacted the police about the dogs.

The injured boy’s family said they reported the dogs to authorities on several instances.

Gilstrap told the news outlet that her son is sedated and on a breathing machine. He reportedly had more of his scalp removed and his ear has become infected.

Baker is charged with reckless conduct. He was released on a $1,110 bond.