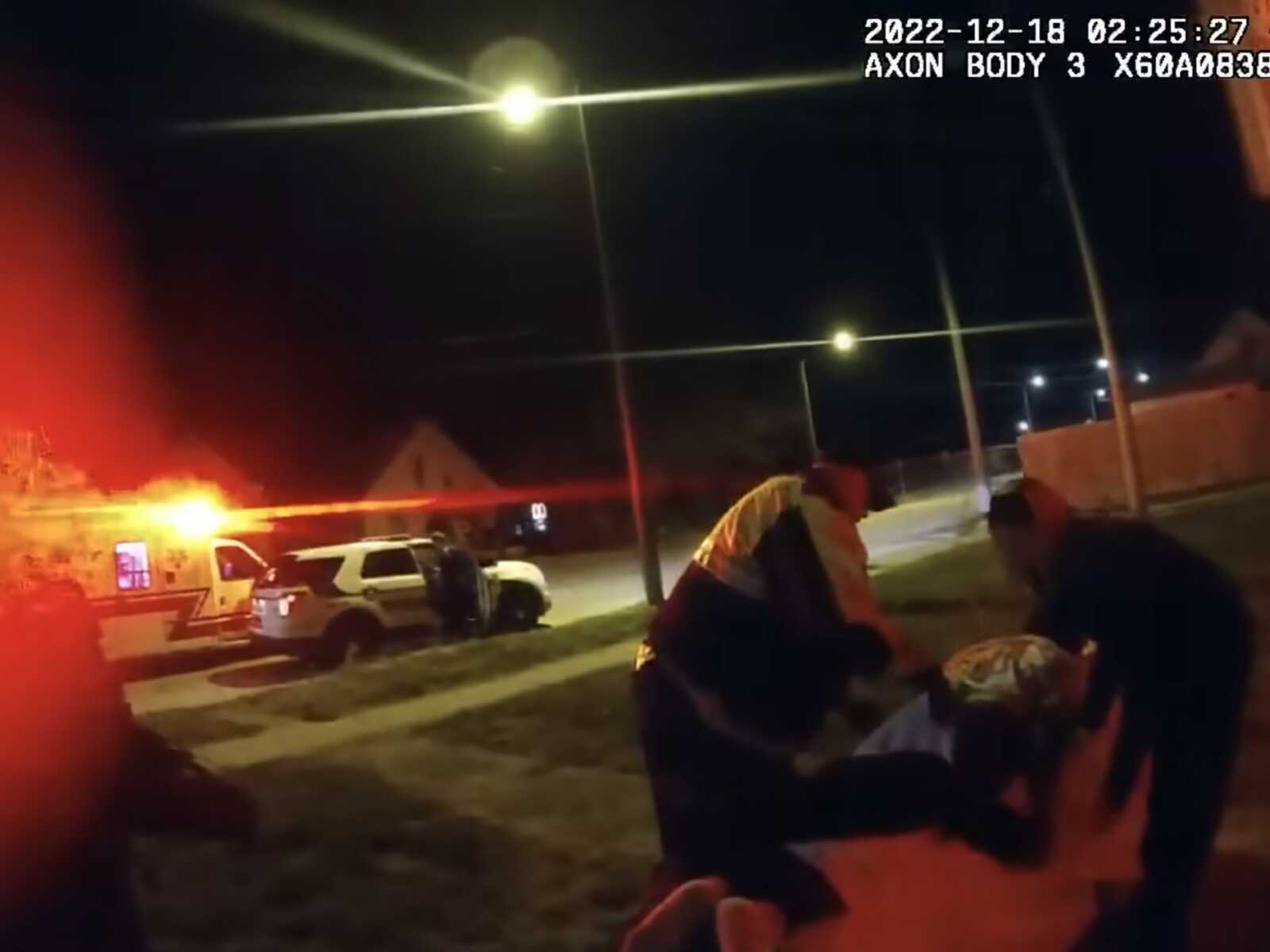 TWo Illinois paramedics have been charged with murder after they allegedly strapped a man suffering hallucinations from alcohol withdrawal face down on a stretcher.

Earl L.Moore, 35, died at a hospital on December 18, said Sangamon County Coroner Jim Allmon, who classified Moore’s death as a homicide and said he died from asphyxia “due to prone face-down restraint on a paramedic transportationcot/stretcher by tightened sraps across the back,” NBC News reported.

Springfield Police said that they responded to a 911 call in Springfield at about 2 a.m. on December 18. The caller said there were people inside the home with firearms, but whem they arrived, a resident said the man who made the 911 call was suffering from “hallucinations due to alcohol withdrawal.”

The officers found the caller — Moore — and “quickly realized that the patient was in need of medical assistance,” they said. As seen in body camera footage, Moore is incoherent and barely functioning.

The officers called for an ambulance, which arrived in minutes. Paramedics told Moore to walk to the ambulance, but the body camera footage shows he “was not able to walk and the medical personnel were not offering any assistance,” police said in a statement.

“You’re gonna have to walk because we ain’t carrying you,” one of the paramedics — apparently Finley — tells Moore, who by that time has sprawled onto the floor,  in the video. “I am seriously not in the mood for this dumb s***.”

Three police officers assisted Moore outside and helped load him onto the stretcher, where paramedics strapped him facedown and took him into the ambulance. He died at the hospital at about 3:14 a.m., Allmon said.

Springfield Police Chief Ken Scarlette requested an investigation by the Illinois State Police when he learned that Moore had died. Wright said that he filed charges based on preliminary findings from that report and the autopsy report.

He said they should have known, “based upon their training, experience and the surrounding circumstances, that such acts would create a substantial probability of great bodily harm or death.”

Cadigan and Finley are being held on $1 million bond each and face 20 to 60 years in prison if they’re convicted. Their next court date is set for January 19.