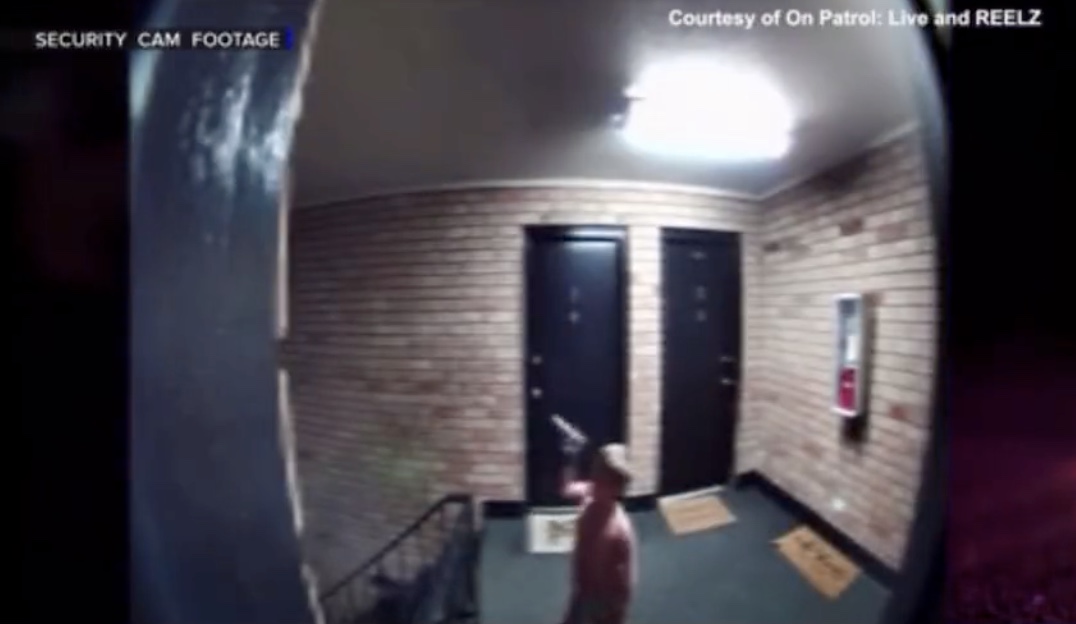 A 45-year-old Indiana dad was arrested on Saturday after his toddler son was seen wandering around his apartment complex with a loaded handgun while repeatedly pulling the trigger.

Beech Grove police said there were no rounds in the gun’s chamber, but 15 rounds were loaded into the weapon’s magazine, WTTV reported.

Shane Osborne has been charged with felony neglect of a dependent, according to Marion County jail records. His arrest was broadcast live on the REELZ cops reality show “On Patrol: Live.”

Beech Grove police confirmed the incident to WTTV and said more information would be released on Monday. The police report did not say what brought officers to the scene, but the “On Patrol: Live” segment said that neighbors had placed a 911 call about the boy.

NEW: Neighbors who saw a toddler in diapers wandering around a Beech Grove, Indiana, apartment complex with a loaded handgun called police. The incident was caught on building cameras. The father – who lied that he didn’t own a gun – was arrested. #inlegis https://t.co/FPpHFNi4rn pic.twitter.com/UGic373G4L

According to the UK tabloid The Daily Mail, police seized Ring camera footage from a neighbor that showed the boy, wearing nothing but a diaper, wandering around the stairwell waving the semiautomatic Smith and Wessson 9mm pistol, pointing it at windows and doors while rapidly pulling the trigger. At one point, he pointed the gun at himself and pulled the trigger, but with no bullets chambered, tragedy was averted.

With “On Patrol” cameras in tow, police searching for the gun asked the boy where he “put down that toy.” Osborne told police that he didn’t own a gun but that his cousin who was staying with him did. He also said that he and his wife had been sick, and he was probably distracted by his illness, allowing the boy to get his hands on a loaded gun and head outside in freezing temperatures.

Officers eventually found the gun at the back of a desk and arrested Osborne. The toddler was taken to mother, who has permanent custody.