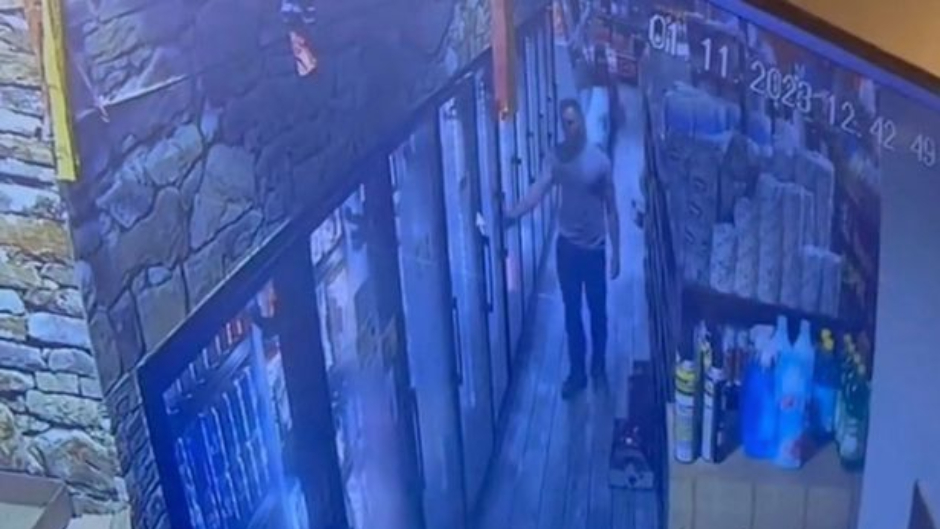 A Texas man who reportedly killed his wife on Wednesday allegedly stole a beer from her job hours after carrying out the slaying.

KRIV obtained surveillance footage that appears to show Jared Dicus, 21, at a Waller County convenience store. He was filmed taking a beer out of the store without paying and drinking it in the parking lot.

Shortly thereafter, Waller County deputies received a call from Dicus’ parents regarding the death of a woman — reportedly leading them to a home where they found a woman’s remains and copious amounts of blood.

Dicus and his wife, Anggy Diaz, both 21, lived in a secondary home behind the parents’ residence, where police believe the murder occurred with a kitchen knife.

JUST IN: New surveillance video is believed to show 21-year-old murder suspect James Diccus stealing a beer, only minutes after allegedly decapitating his wife with a kitchen knife in Waller County, TX. This is also where she worked. #texas #news pic.twitter.com/UgRkb6zW5z

Waller County Sheriff Troy Guidry revealed that Diaz appeared to have been decapitated, and her body was left in the secondary residence. Guidry said Dicus has confessed to the slaying, according to reports.

Guidry said that cops previously responded to the home for disturbances.

A motive has not been disclosed. Various reports indicated that Dicus and Diaz were married in October 2022.