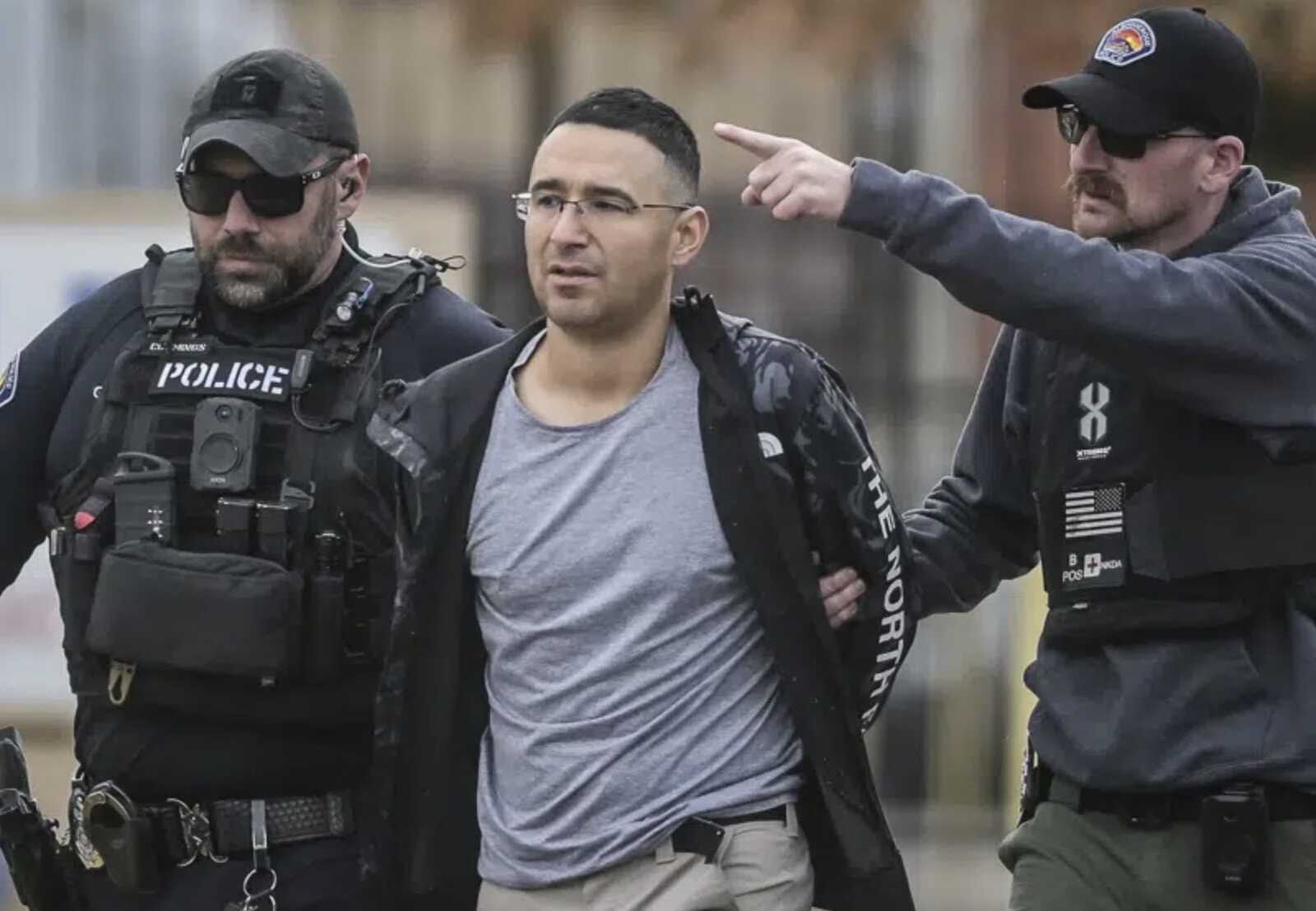 A losing candidate for a state legislative office — who insisted without evidence that fraud caused him to lose by 48 percentage points — has been arrested and charged with four shootings at the homes of New Mexico elected officials between December 4 and January 3.

Solomon Pena, running as a Republican, lost his bid for a state House seat in November to incumbent Democrat Miguel Garcia. Shortly after the election, he began showing up uninvited and unannounced at ht homes of elected officials to argue that the election was fraudulent and should not be certified.  He went to the homese of three of the four shooting victims, The Albuquerque Journal reported.

Pena was arrested on Monday after a SWAT team swarmed his condominium complex demanding that he surrender.  He is charged with attempted murder and conspiracy to commit attempted murder for allegedly hiring four men to shoot into the homes of two county commissioners and two state legislators — all of whom are Democrats — Albuquerque Police Chief Harold Medina said.

Pena himself was present for at least one of the shootings, Medina said.

One of Pena’s co-conspirators was identified as Jose Trujillo, 21, who has been charged in federal court with drug trafficking and firearms charges. The other three suspects were not immediately named.

Pena has been charged in connection with four shootings:

That last incident led to the arrests. Police received a ShotSpotter notification alerting them to gunfire in Lopez’s neighborhood. Investigators found shell casings on the scene, and Bernalillo County deputies located Trujillo 40 minutes later, pulling him over on an unrelated warrant. He was driving a Nissan Maxima registered to Pena. Inside the car, deputies found found 800 fentanyl pills and two guns — a Glock handgun with a drum magazine and an AR pistol.

The shell casings found outside Lopez’s home matched the weapons found in the car.

APD acting Cmdr. Kyle Hartsock said Pena was at the Lopez shooting and fired one of the guns. Detectives have compiled electronic and cellphone records, surveillance video, and witnesses “inside and outside of this conspiracy that have helped us weave together what occurred,” Hartsock said.

“The persons doing the shootings — we are still investigating if they were even aware of who these targets were, or if they were just conducting shootings,” Hartsock said.

Investigators also looked into shots fired near the campaign officer of Raul Torrez, a candidate for attorney general, and near the office of State Sen. Antonio Maestas, but a spokesman said they have found no evidence linking those two shootings to Pena and his conspirators.

“APD essentially discovered what we had all feared and what we had suspected — that these shootings were indeed politically motivated,” Albuquerque Mayor Tim Keller said at a news conference. “They were dangerous attacks not only to these individuals … but, fundamentally, also to democracy.”

“There is no place in our society or our democracy for violence against any elected official or their families, and I trust the justice system will hold those responsible for such attacks to full and fair account,” Lujan Grisham said.

“This is yet another example of a convicted felon unlawfully gaining access to firearms, which they are barred from owning or possessing, and using the weapon in a manner that causes public harm,” Lane said.

Pena served seven years in prison after being convicted in a “smash and grab” scheme in 2008.
After losing his election to Garcia 5,679 votes to 2,0033, Pena made frequent social media posts claiming the election was fraudulent and that he actually won. He also was apparently present at the January 6, 2021, attempt to stop the certification of the 2020 election results in Washington, D.C., based on his own social media positings.
“Everyone in the NM government who helped overthrow Trump are the active treasonists who must be placed in Guantanamo Bay Cuba for natural life,” he posted on December 28. “Once they are gone I can work on rebuilding Albuquerque.”

During his visits with election officials, he reportedly made illogical claims to bolster his contention that the vote was rigged.

“He was just sort of all over the place — the things he was putting together weren’t quite connecting or fitting,” Barboa said. “You can’t say because you knocked on a thousand doors, you know you got a thousand votes.”

Barboa said she’s grateful there’s been an arrest in the case but said she’s distressed that officials need to put up roadblocks to keep the public away from them because of incidents like these.

“That breaks my heart as someone who believes the public needs access to our elected officials,” she said.