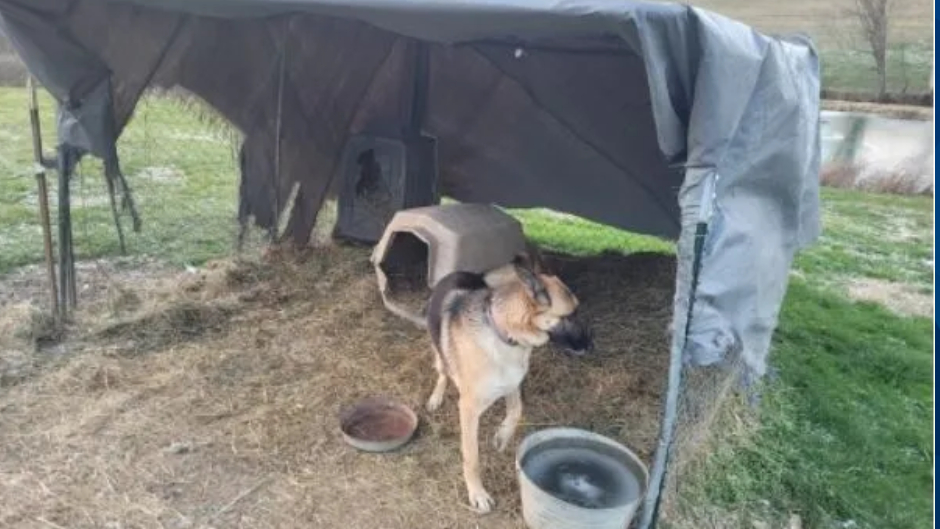 Earlier this month, Tennessee police arrested a mother and daughter who allegedly stole a dog that was kept in an outdoor shelter as temperatures dipped to single digits in December.

Virginia and Jillian Shackelford allegedly took the German shepherd on December 23, hours after Sullivan County police responded to a residence and found the dog with frozen water in its bowl and no food. WJHL reported that on the night in question, wind gusts peaked at 40 mph and the wind chill brought temperatures down to -20 degrees.

When police visited the home prior to the purported theft they could not reach the dog’s owners. In turn, they contacted Sullivan County Animal Control officer Karen Fox, who informed police that they had also responded to the home earlier that day and they found the dog with food. According to WJHL, Fox said they planned to come back the following day, but advised the police to leave some water in the meantime.

The news station reported that surveillance footage showed the dog running around the yard as a woman got out of a car. The woman was allegedly filmed walking to the side of the home, in the dog’s vicinity, moments before the dog was spotted in the back seat of the car.

The dog’s owners and an anonymous individual called 911 regarding the missing dog on December 23.

It is not immediately known how the Shackelfords learned the dog was outside. However, police Captain Andy Seabolt told WJHL that he gave the pair several chances to surrender the dog, but they refused to and would not disclose the dog’s location.

“There’s a right way and a wrong way to do things,” Commanding Captain Richard Frazier told the news outlet. “We did just want to get the dog back to the owners.”

The Shackelfords are due in court on January 30. Sullivan County police told WJHL that the dog’s whereabouts remain unclear.