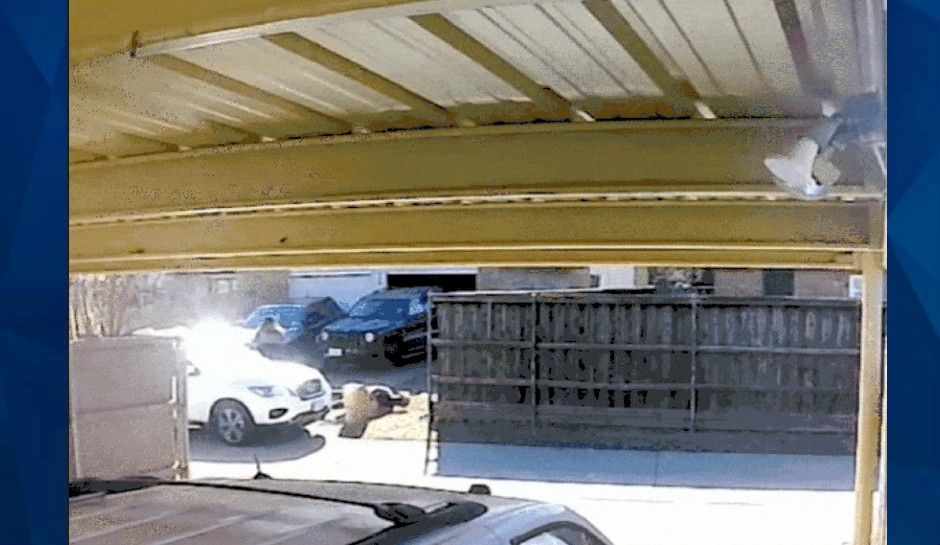 SEE IT: Texas Woman Mowed Down by Female Neighbor in SUV After Victim Used Perp’s Trash Can

A Texas woman is recovering from injuries she suffered after her neighbor slammed into her with an SUV in a dispute over trash – all of it caught on camera.

Lakisha Broomfield told WFAA-TV that the incident was triggered because she put some of her trash into the neighbor’s garbage bin when her bin was full over the holidays. On January 4, security camera footage shows the neighbor plowing into Broomfield and several trash bins outside Broomfield’s home in Allen, Texas, near Dallas.

The footage shows the neighbor’s white SUV striking trash cans and then Broomfield, causing her to fly back 6 feet to the ground, the television station reports.

The neighbor alleges that she did not mean to strike Broomfield and was aiming only for the trash bins. The neighbor says she has a disorder that affects her mobility, according to WFAA-TV.

The incident left Broomfield with a concussion and she now wears specialty glasses to help with her injuries. “I can’t believe any person would hop into a car and hit a person the way she hit me,” Broomfield told WFAA-TV.

In an interview with the television station, the neighbor alleged that Broomfield had pushed her twice before she even got into the SUV. Broomfield maintains that the neighbor has harassed her “for the last couple years” and that she struck the neighbor in self-defense, according to WFAA-TV.

The hostilities between the two neighbors included allegations of stolen water, screaming at children, placing branches on doorsteps, and throwing rocks at vehicles.

“I’m having some PTSD, a lot of anxiety and panic attacks,” Broomfield told WFAA-TV. “I just want peace, peace of mind, and no issues.”

On January 13, police arrested the neighbor and she was charged with aggravated assault with a deadly weapon. She is free on bond.