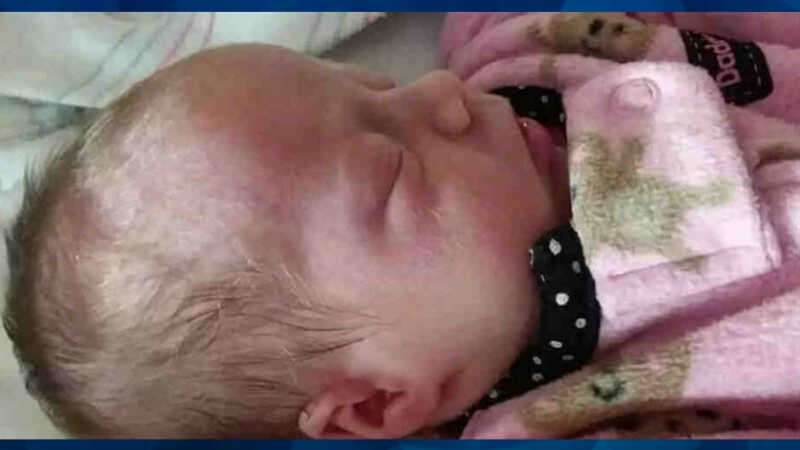 A Georgia woman convicted of killing her newborn baby in 2017 had her murder conviction tossed out by the state appeals court on Friday. According to court documents, the state Court of Appeals agreed in a ruling that the prosecution failed to provide sufficient evidence that Cortney Bell, who was convicted along with her boyfriend, …

Two Georgia parents convicted last year of murdering their newborn, Caliyah McNabb, claim that there is no evidence tying them to the infant’s death. AJC reports that Christopher Michael McNabb and Cortney Marie Bell both filed motions for new trials at the Newton County Superior Court on Monday. McNabb claims that not only did prosecutors …

Caliyah McNabb: Jurors take trip to see where newborn was carelessly discarded after parents allegedly beat her in head until she died

A Newton County, Georgia, jury are taking a 6-mile trip with deputies on Wednesday, on the second day of the murder trial against the parents of a newborn, who are accused of killing the infant and hiding her body. The jury, according to AJC, will travel to the Eagle Pointe mobile home park in Covington, …

Caliyah McNabb: Video provides glimpse of filthy home after newborn was beaten until her skull was ‘damaged beyond repair’ [DA]

During opening statements Tuesday in a Newton County courtroom, the defense lawyer for a Georgia couple accused of killing their newborn girl argued that no evidence exists that shows the defendants harmed their infant. Prosecutors argued that the baby’s parents killed her while living in small, messy trailer home, then disposed of her in a …

A Georgia man and woman accused of killing their newborn baby, then hiding the infant’s body in secluded woods behind their Covington home in 2017, are facing their first day of a trial. A jury heard opening statements Tuesday morning inside a Newton County courthouse. As CrimeOnline previously reported, Christopher McNabb is accused of aggravated …

Caliyah McNabb Update: Dad accused of killing newborn & throwing her in woods wants his statements to police thrown out of court

A Georgia man and woman accused of killing their 2-week-old daughter and tossing her in the woods appeared in court last week for a Jackson Denno hearing, after one of the defendants filed a motion in an attempt to have his statements given to authorities thrown out. Both suspects, Courtney Bell, and her former live-in boyfriend, Christopher …

The mom of 2-week-old Caliyah Mcnabb, who found deceased in Oct. and hidden in woods in Covington, Georgia, was arrested on Saturday in connection with the 2-week-old’s death. As CrimeOnline previously reported, Caliyah’s father, Christopher McNabb, was arrested in Oct. in connection with the baby’s death. The Newton County Medical Examiner’s Office reported that the baby …

HEAR IT! 9-1-1 Call when baby disappears. What does it reveal? Plus man murdered over imaginary girlfriend?

A mother calls 911 to report her 2-week-old baby is missing. The infant was found dead a day later in woods near her home and the father is accused of the murder of tiny Caliyah McNabb. In this Crime Stories episode, Nancy Grace examines the 911 recording for clues along with crime scene expert Sheryl …

The man accused of killing his 2-week-old baby and hiding her in the woods behind his Covington, Georgia, home, was denied bond during his first court appearance on Thursday morning. According to Newton County court documents, Christopher McNabb is accused of aggravated battery, felony murder, malice murder, and concealing the death of another, in relation to …