‘It all went quiet’: Gypsy Rose Blanchard tells Dr. Phil what she felt as her mother was being killed

In a 2017 interview unearthed this week, Gypsy Rose Blanchard recalled the feeling she had after her role in killing her mother two years earlier. As CrimeOnline has previously reported, the 27-year-old is serving a 10-year prison sentence for murder in the second degree for conspiring with then-boyfriend Nicholas Godejohn — behind bars for life …

Reports indicate the woman sentenced to prison for her role in murdering her abusive mother has found romance behind bars. According to People, Gypsy Rose Blanchard has sparked a relationship with a pen pal and the two are engaged to be married. One family friend said Blanchard is “very happy” about the news. “You can … 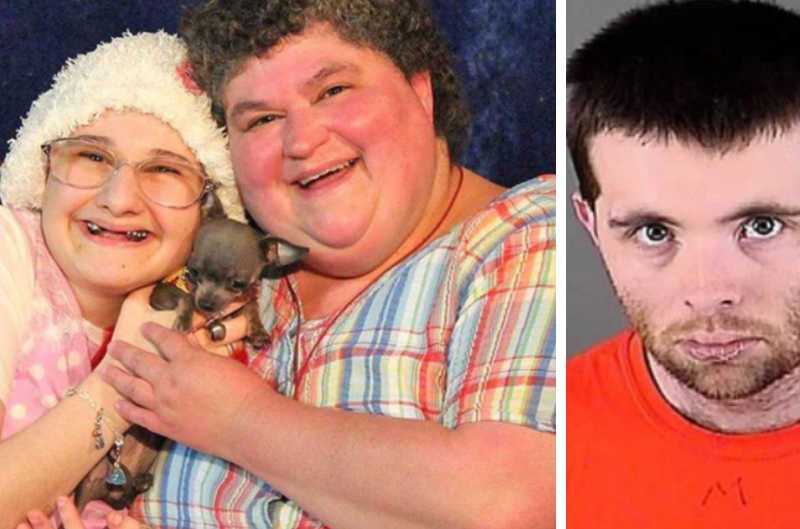 More than three years after killing his girlfriend’s mother, 29-year-old Nicholas Godejohn was convicted of first-degree murder this week. According to the New York Post, the decision came on Friday and could result in a life sentence when Godejohn is sentenced early next year. As CrimeOnline has previously reported, Gypsy Rose Blanchard was accused of …

Gypsy Rose Blanchard is expected to testify soon in the trial of her former boyfriend, Nicholas Godejohn, who is accused of carrying out a plot to kill her allegedly abusive mother. Nancy Grace looks at this remarkable murder case with a panel of experts including forensics expert Joseph Scott Morgan, forensic psychiatrist Dr. Daniel Bober, …

A jury at the murder trial for the man accused of stabbing his girlfriend’s mother Dee Dee Blanchard to death heard text message exchanges between the defendant and Gypsy, Dee Dee’s daughter, revealing that the couple was titillated by the planned murder and appeared to have woven it into a twisted sex fantasy. As CrimeOnline …

Testimony has begun in the murder trial for a Wisconsin man accused of killing his then-girlfriend’s mother, Clauddine Blanchard, who was allegedly abusing her daughter at the time. Missouri prosecutors have accused Nicholas Godejohn, 29, of being obsessed with ex-girlfriend Gypsy Rose Blanchard’s mother and plotting the June 14, 2015, stabbing death. On the first day of court proceedings, …

‘I don’t love him no more’: Gypsy Rose Blanchard, Munchausen syndrome by proxy victim in prison for role in murder, has moved on from boyfriend she convinced to stab mom to death

The young woman serving a prison sentence for the murder of her mother — who kept her daughter confined to a wheelchair nearly her whole life due to made-up ailments — appears to be thriving in prison, even prompting a friend to describe the outcome of the murder and the conviction as a “happy ending” …

Gypsy Rose Blanchard is talking again about her involvement in her mom’s murder. Dee Dee Blanchard, 48, suffered from Munchhausen syndrome by proxy, a mental condition marked by a caregiver making up illnesses in a children to win attention. Speaking from prison where she is serving a 10-year-sentence, Gypsy Rose describes how her mom chained …

‘I couldn’t walk. I couldn’t eat. I couldn’t have friends’: Gypsy Rose opens up about killing her Munchausen by proxy mother in new interview

Gypsy Rose Blanchard, the woman who killed her mother in 2015, opened up with ABC’s Amy Robach in an exclusive upcoming interview about living with a mom with Munchausen by proxy. ABC reports that Blanchard, now 26, and and her online boyfriend, Nicholas Godejohn, stabbed her mother, Dee Dee Blanchard, in her Springfield, Missouri, home. Less than two days …

‘I don’t believe I deserve as many years as I got’: Gypsy Rose Blanchard murders Munchausen by Proxy mom, but says her prison sentence is too harsh

Gypsy Rose Blanchard was convicted of murder in 2015, after her mother was found murdered in her own home. Blanchard received 10 years for the crime, but she apparently thinks the sentence is too heavy, given her past experiences and years of abuse from her mom. People reports that in an exclusive interview with Dr. …