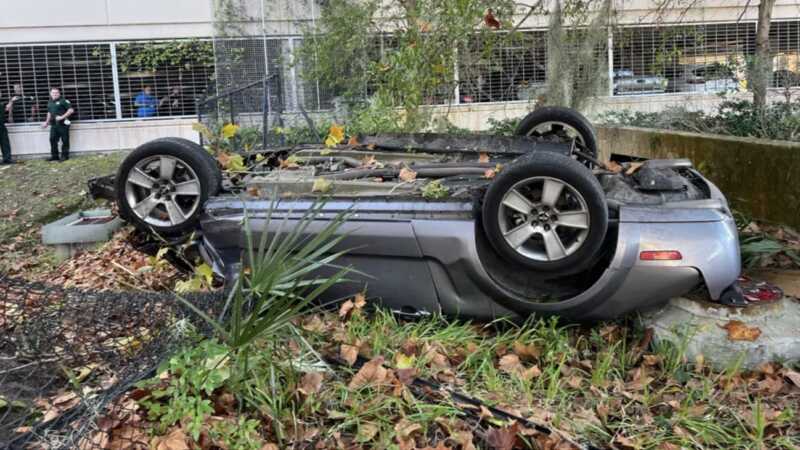 Police in central Florida are investigating after a man drove a Ford Mustang off the top floor of an 8-story parking garage Monday afternoon. Tavares Police Lt. Sarah Coursey said Jewels Sartin landed in a fenced area between the garage and a bank and then fled on foot, Inside Lake reported. He was captured shortly …

A jealous ex-boyfriend crept into a Florida house on Thursday and shot his former girlfriend and her new lover to death while they slept before turning the gun on himself, WESH reports. Police were already looking for Joseph McGuirl, 47, because someone reported that he’d sent suicidal texts early that morning, and they’d gotten close, …