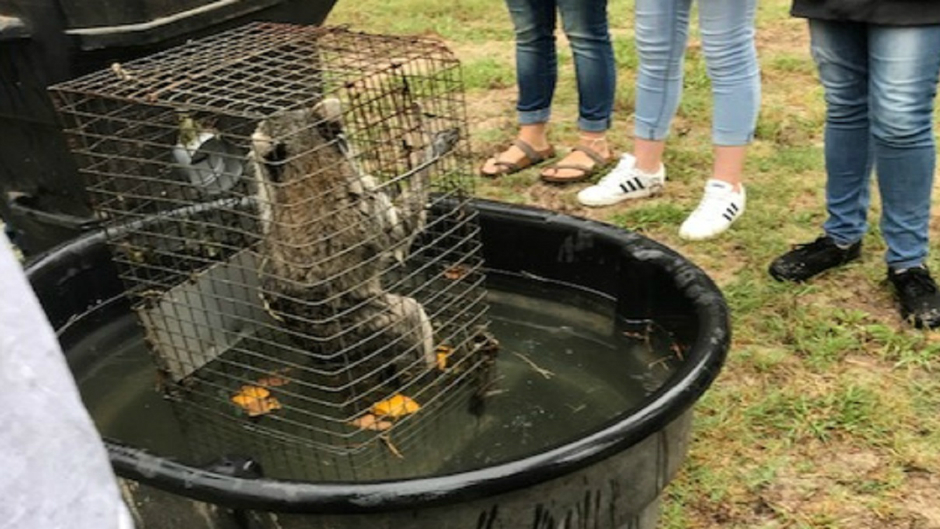 A Florida high school teacher was placed on administrative leave Tuesday amid accusations that he drowned at least two raccoons during class.

Officials said Forest High School agriculture teacher Dewie Brewton was removed from class “pending the outcome of a district investigation,” according to the Ocala Star-Banner. The Florida Fish and Wildlife Conservation Commission said they’re investigating and will determine if anything illegal occurred.

“We received statements that the teacher drowned multiple animals in front of students, and with student participation, because the animals were nuisance animals to the ag program at the school,” school district spokesman Kevin Christian told the newspaper.

A freshman student told WFTV that the raccoons were killed because they had killed several chickens. Students and staff reportedly raise chickens and other livestock that live in a shed on school grounds.

“My friend said that the class before that, they were [putting] the water in the buckets,” the student said, adding that some of her classmates had nightmares following the ordeal.

The student also claimed it took the raccoons several minutes to drown.

“They finally took the cage out of the water, and they trapped it into another smaller cage, where the top of the cage would go down into the water. And that’s how they killed the second one,” they said.

Brewton allegedly instructed the students not to film the suffering animals or they would be given detention. However, the student who spoke to WNTV provided the network with graphic footage showing the drownings.

The mother of a Forest High School student who spoke with WKMG claimed an opossum was also killed Monday “just for sport.”

“I don’t think that’s the way to treat any animal. Whether it is a raccoon or [another animal] you just don’t torture an animal and kill it like that. They should have trapped the animal and had somebody take them and relocate the animals,” the mother commented.

***WARNING: The video below could be disturbing to some viewers. Please use discretion.***