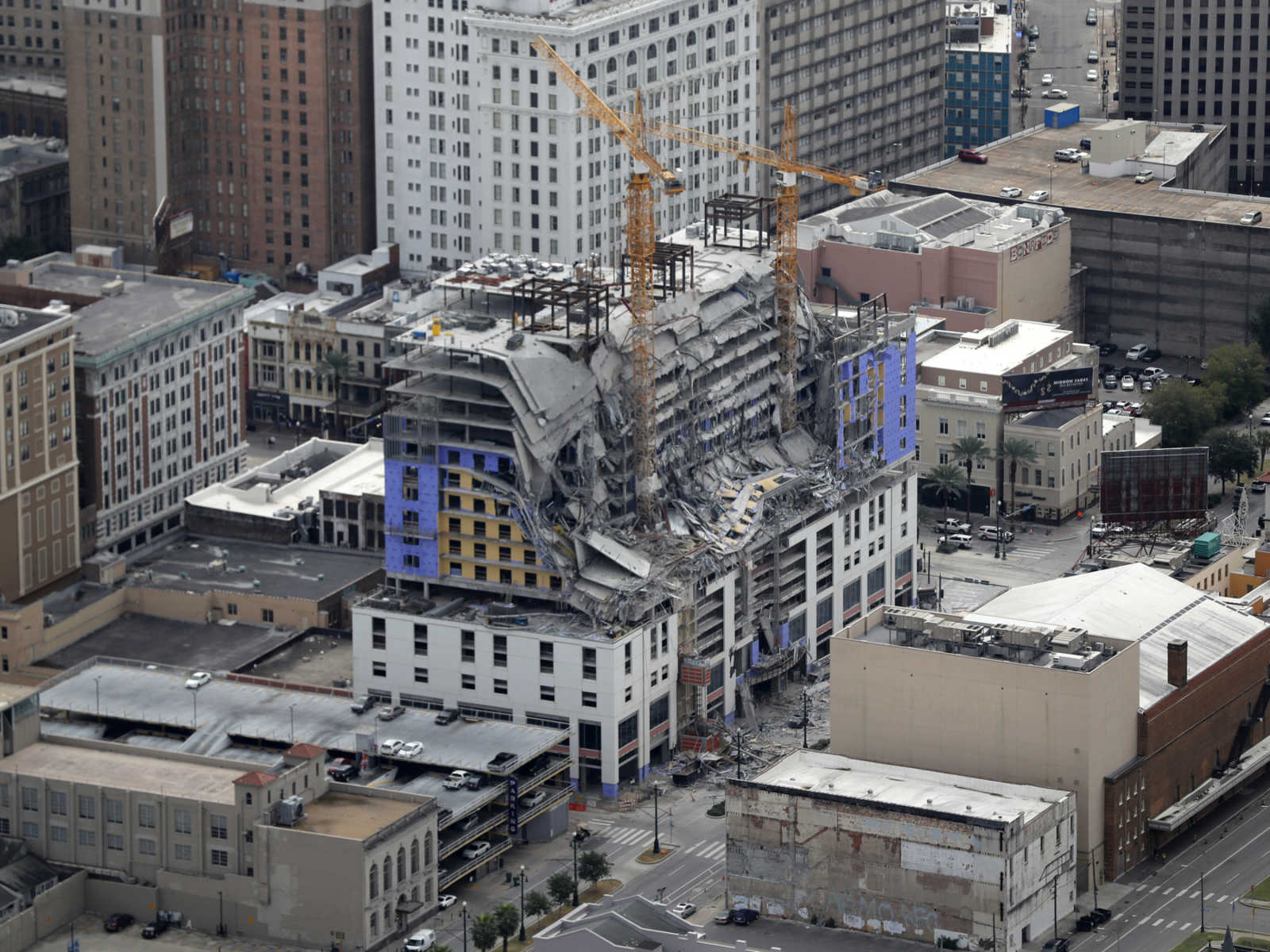 Crews remained in rescue mode Sunday at the collapsed construction site of the New Orleans Hard Rock Hotel, officials told NOLA.com, but the site is dangerously unstable, and one of the two missing workers has now been confirmed dead.

New Orleans Fire Department Superintendent Tim McConnell said the two dead workers and the missing worker were still inside the building. Mayor LaToya Cantrell said that engineers were working to solve the stability issues, including moving more heavy duty cranes on site to shore up one that is looming precariously over the area while still attached to the site.

“Until we know differently we’ll stay in rescue mode,” McConnell said. “Hopefully we get a rescue today.”

As CrimeOnline previously reported, several top floors of the hotel began crumbling Saturday morning, pancaking down on top of one another and scattering dust and debris over the streets of the city’s historic French Quarter. Officials said 112 workers were on site at the time; 30 were treated at a hospital, and all but one of those has been released. Cantrell said that worker was in stable condition following surgery.

Power crews have taken down streetcar lines along Canal and North Rampart Streets to make way for the cranes, and the gas has been shut off in the immediate area, although no leaks have been reported.

McConnell investigators have begun work to determine what caused the collapse, but he stressed that stabilizing the site was of utmost importance.

“We have started on our investigation, but we are a ways away,” he said. “You have a building that is very unstable.”

Saturday’s search was halted at about 7 p.m., McConnell said, while engineers studied the problems with the structure.