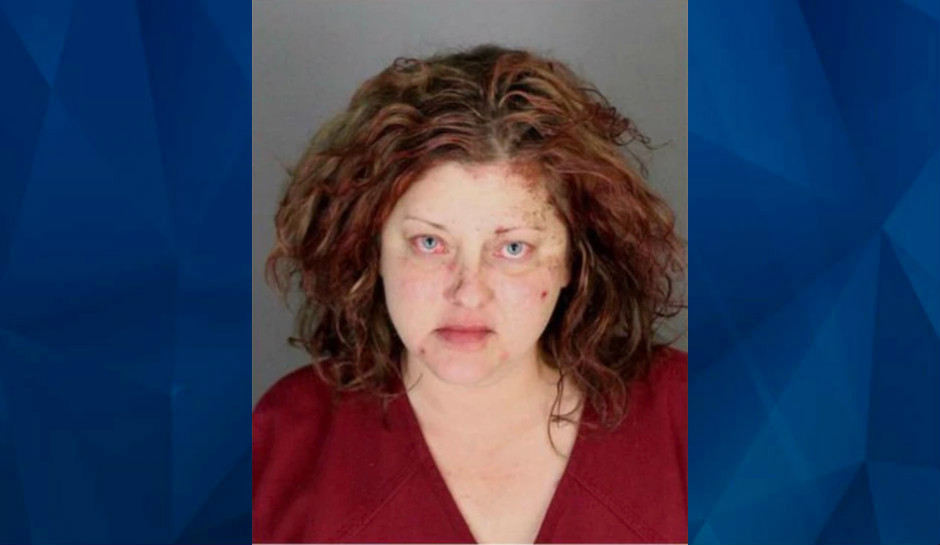 A Michigan woman charged with biting a friend’s ear off and sadistically biting her face appeared at a preliminary hearing on Tuesday where a fourth felony was added to her charges, ClickOnDetroit reported.

Deputies found Allison Thompson Weaver, 44, and a 48-year-old woman nude and covered in blood when they arrived on September 17, alerted by a neighbor who heard them fighting and one call for help, according to the Oakland Press.

Oakland County Deputy Shawn Hopkins told the court Tuesday that Weaver appeared happy when he arrived on the scene but the other woman, who is not being identified, “may have been in shock.”

“Ms. Weaver told me that they were having consensual sex and that (the victim) was a vampire and that Ms. Weaver was the wolf,” said Hopkins, who said the full extent of the woman’s injuries weren’t clear until she was at the hospital.

“She had so much blood on her it was hard to see,” Hopkins said. “Her right cheek and eye were swollen pretty bad. She had a lot of blood on her everywhere.”

The victim denied the two were having consensual sex and testified that Weaver, whom she had known for about 12 years, had come over for drinks.

“[Weaver] came over to give me a hug because we hadn’t seen each other in a long time, and that’s when she proceeded to kiss me,” she testified. “She kissed me with an open mouth kiss and my reaction was to just kind of laugh and brush it off and stop it.”

The two women sat talking for a while, until the victim decided to go to bed. She was startled awake.

“(I remember) jumping off my bed and seeing Allison on all fours on my bed and me standing there and she was on all fours giving me a really scary look,” she said. “I was, like, ‘Allison, Allison, what are you doing?’ She just kept giving me this look with her head going back and forth. I was, like, ‘What are you doing?’ She just lunged at me, and she just started strangling me.”

She testified she didn’t remember much after that, other than Weaver telling her “Sorry (name), but you’re gonna have to die today.”

Police, who said they suspected drugs and/or alcohol intoxication, took Weaver into custody when they arrived and transported her to a hospital for detox and a medical evaluation. The victim was also transported to a hospital, where she was treated for multiple bite wounds all over her body.

“I knew my cheek was gone,” she testified. “I knew my ear was gone. I knew I couldn’t move most of my arms. I had (bite marks) all over my stomach, my (private area), my breasts, my back, my head, all over my scalp. On this ear, too. On both sides of the cheek, because this side was bitten. On my lip, my jaw. I was just covered in head-to-toe dressing that had to be repeated every three to four times per day — nothing but extreme pain, which I still have. I’m going to have to live with these scars forever.”

Weaver was bound over on all four counts at the end of the hearing.