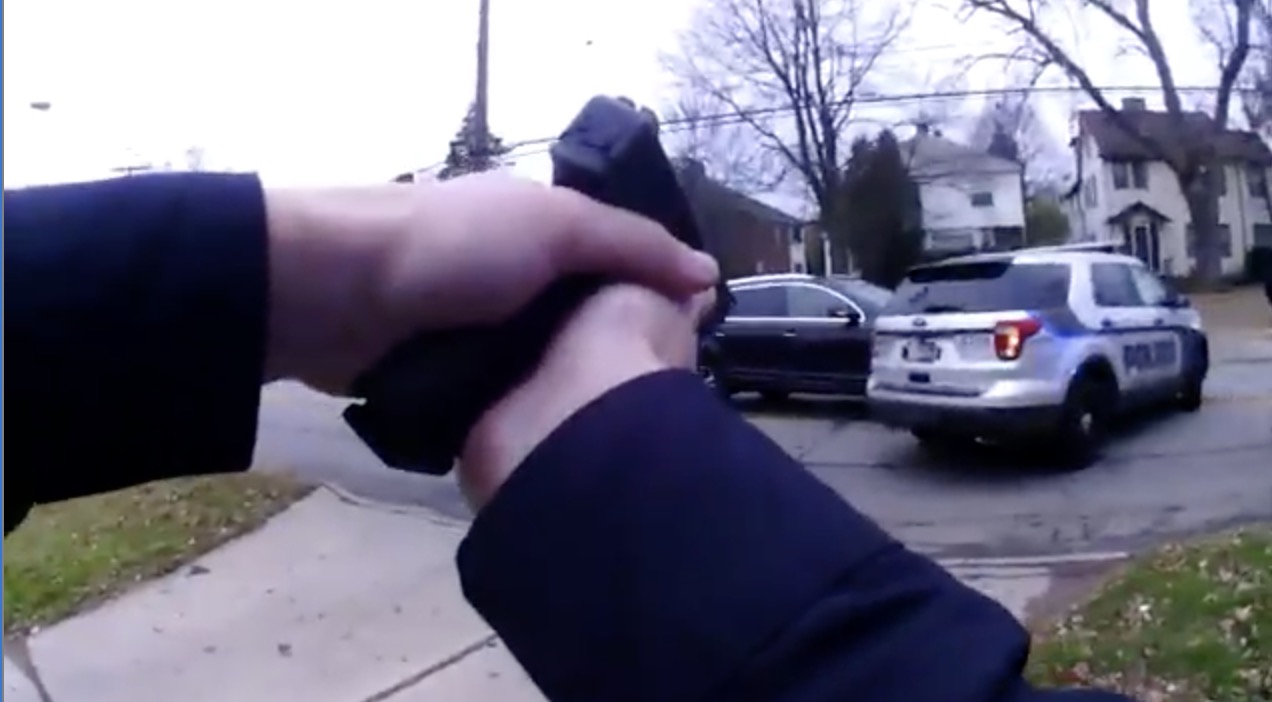 Mason, 52, slashed Fraser’s throat three times and stabbed her 59 times in front of their two young children at a home in Shaker Heights, Ohio, on November 17, 2018. When he tried to flee the scene, he crashed his SUV into police cruiser, injuring an officer so badly that he has been unable to return to work, WJW reported.

In the first video, officers are arriving on the scene and soon, the sound of Mason crashing into the squad car is heard, prompting officers to scramble. Mason flees back into the house:

In the second video, officers have entered the house, speak with Mason for a few moments, and then lead him out in handcuffs:

The grisly murder took place as Fraser was dropping off her four- and six-year-old daughters with Mason, who lived in a house she owned in Shaker Heights. Prosecutors said he used two kitchen knifes in the attack. Many of Fraser’s wounds were to her hands as she tried to ward him off.

Mason’s sister, who also lived at the house, called 911 and told a dispatcher that she could hear Fraser screaming from outside. In the background, Mason can be overheard saying, “I’m sorry.”

As CrimeOnline previously reported, Mason had been removed from the bench in 2014 for breaking Fraser’s broken orbital bone and inflicting injuries that required the elementary school teacher to undergo reconstructive surgery. He served nine months of a two-year prison sentence for the attack. The city of Cleveland hired him in 2017 as the minority business development administrator in the office of equal opportunity. He was terminated from that position following his arrest on murder charges.

Mason will be eligible for parole in 35 years.

Read more about this story from CrimeOnline.