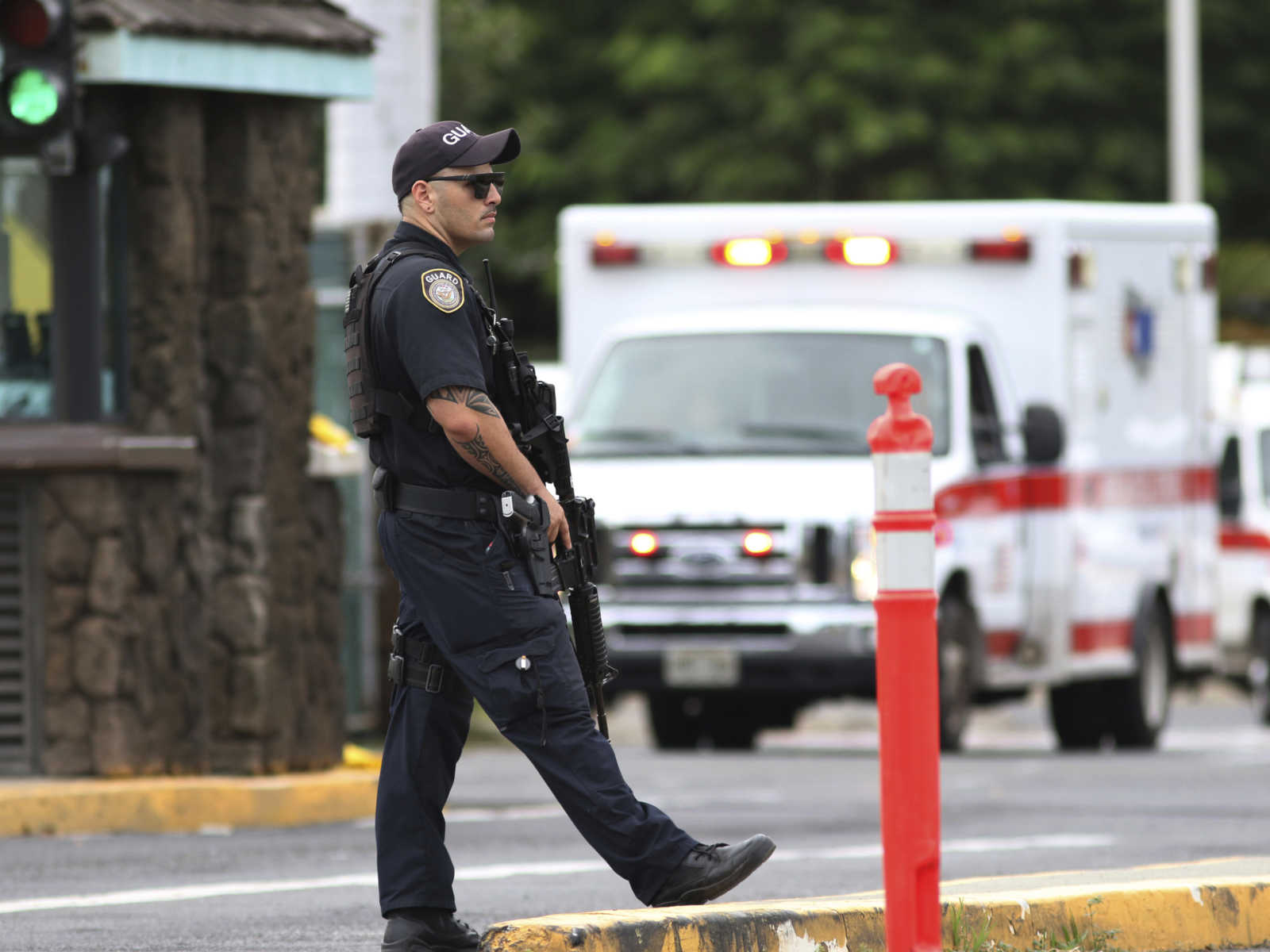 Sailor opens fire on civilians at Pearl Harbor shipyard, killing 2 before shooting himself

A U.S. sailor on duty guarding a submarine in dry dock at Pearl Harbor Naval Shipyard shot and killed two civilian shipyard workers on Wednesday and severely wounded another before using a service weapon to kill himself.

As CrimeOnline previously reported, the situation unfolded at Dry Dock 2 at about 2:30 p.m., prompting a lockdown of Joint Base Pearl Harbor-Hickam and neighboring schools and businesses. The lockdown was lifted about 90 minutes later.

Military sources identified the shooter as Gabriel Romero, 22, according to the Honolulu Star-Advertiser, which said he was assigned to the submarine USS Columbia, based in Pearl Harbor and in dry dock for maintenance.

Hawaii News Now reported that Romero was on duty standing watch over a submarine in dry dock. The news outlet did not identify the submarine.

Two of the civilians were killed in the shooting, and the third, a 36-year-old man, was taken to a hospital where was listed in stable condition, upgraded from guarded, a hospital spokeswoman told the Star-Advertiser.

The names of the victims have not been released, but Tara Kapoi told The Associated Press that her husband, Vincent Kapoi Jr., was killed. Kapoi was 30, she told the AP, according to the Star-Advertiser.

“Our thoughts are with the families of the victims and everyone involved,” said Rear Admiral Robert Chadwick, commander of Navy Region Hawaii, according to Hawaii News Now. “This is certainly a tragedy for everyone here.”

Chadwick said the Naval Criminal Investigative Service is the lead agency for the investigation and that they are interviewing more than 100 witnesses. It’s not clear, he said, if Romero knew any of the victims or what his motive may have been.

The shooting comes just days before the 78th anniversary of the Japanese bombing of the US fleet at Pearl Harbor, the incident that shoved the United States into World War II.