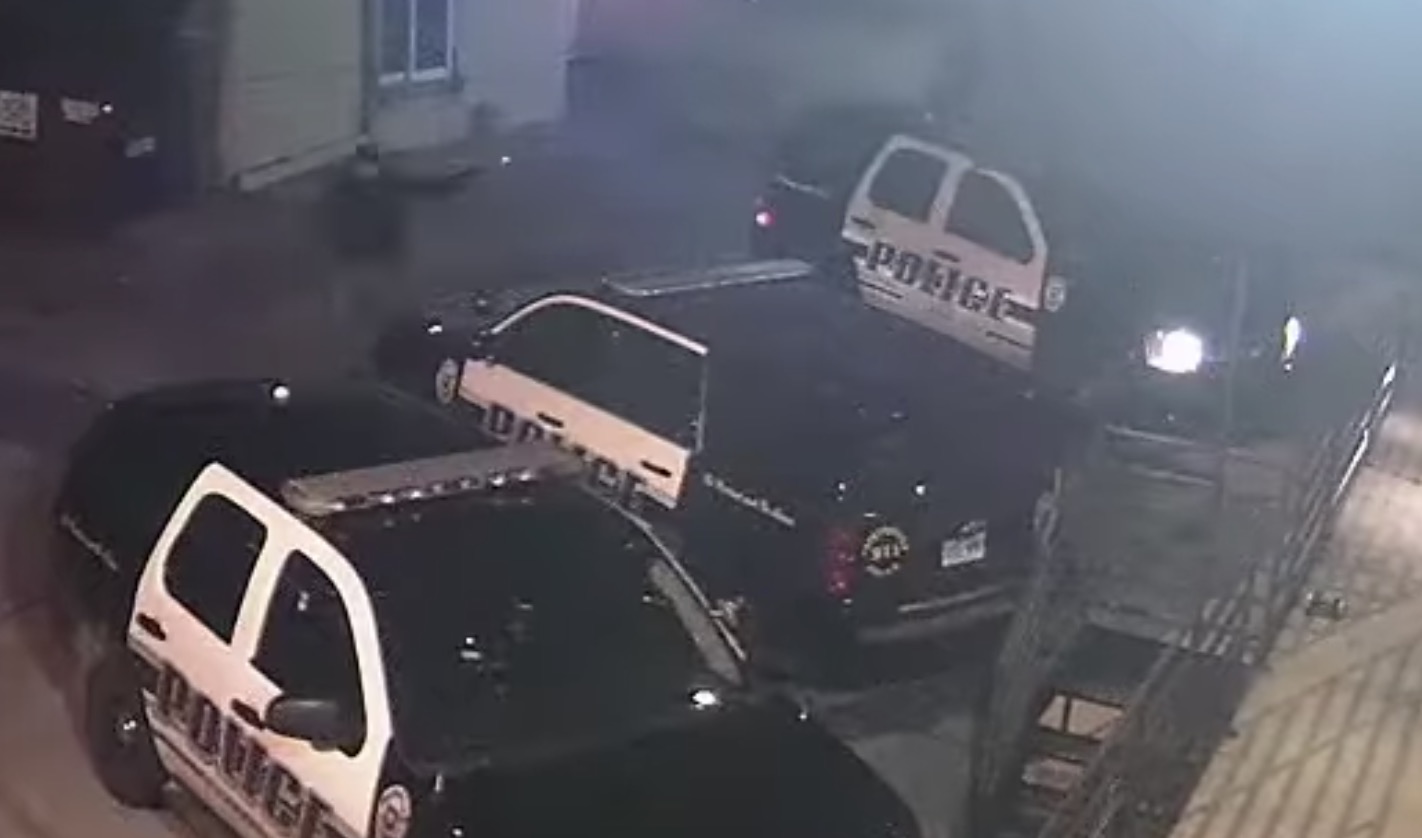 SEE IT: Suspect executes Arkansas cop with TEN SHOTS to the head

A Fayetteville, Arkansas, police officer was shot 10 times in the head while sitting in his patrol car behind the police station, the Washington County Sheriff’s Office said in a detailed Facebook post that included video from the entire incident.

Officer Stephen Carr, 27, was waiting for his partner in the police station parking lot shortly after 9:30 p.m. on December 7 when the suspect, identified as London T. Phillips, 35, walked up behind him and opened fire.

Fayetteville Chief of Police Mike Reynolds said Phillips “came into the back parking lot and just executed my officer,” as CrimeOnline previously reported.

The sheriff’s office said that any one of the 10 shots that hit Carr would have been fatal, citing preliminary autopsy findings. Phillips fired 16 rounds total and had reloaded his weapon, a 9 mm semi-automatic handgun, with a full, 17-round magazine before officers found him and killed him. He was still carrying a full box of ammunition with 50 rounds and a partial box with 32 rounds.

Phillips was hit by six rounds, the sheriff’s office said.

The video released by police comes from five cameras and shows the scene unfolding from the time Phillips walks into view on Mountain Street a block from the police station just before the shooting.

In the second video, Carr is sitting in his patrol car with the lights on. Phillips can be seen walking slowly across the street as a vehicle there parks. He crosses the street in front of that car and walks up to the driver’s side of Carr’s vehicle. Moments later, he comes back into view, still firing as he crosses the parking lot. When station doors open and officers come out to investigate, he runs. Cpl Seay Floyd is one of the officers seen exiting the building in this video.

The third video shows Officer Natalie Eucce and Sgt James Jennings exit the northeast door of the police station. The fourth video shows Phillips heading south out of the parking lot and into an alleyway between the police department and the Fayetteville District Court Building, followed by Eucce, Jennings, and Floyd.

In the final video, Eucce, Jennings, and Floyd are seen searching for the assailant in the alleyway. They find him, and open fire.

Carr, who joined the Fayetteville force in April 2017, and Phillips were both pronounced dead at the scene.

The sheriff’s department said they showed the video to Carr’s family before making the decision to post it publicly.

Floyd and Eucce were placed on administrative leave, Fayetteville police said. Jennings did not fire his weapon.

The Washington County Sheriff’s Office said their preliminary investigation, conducted with the FBI, had revealed Phillips’ interest “in anti-law enforcement groups.” Earlier, 5 News Online reported that Phillips had been arrested in December 2018 for impersonating an officer.

Carr was laid to rest on Thursday.