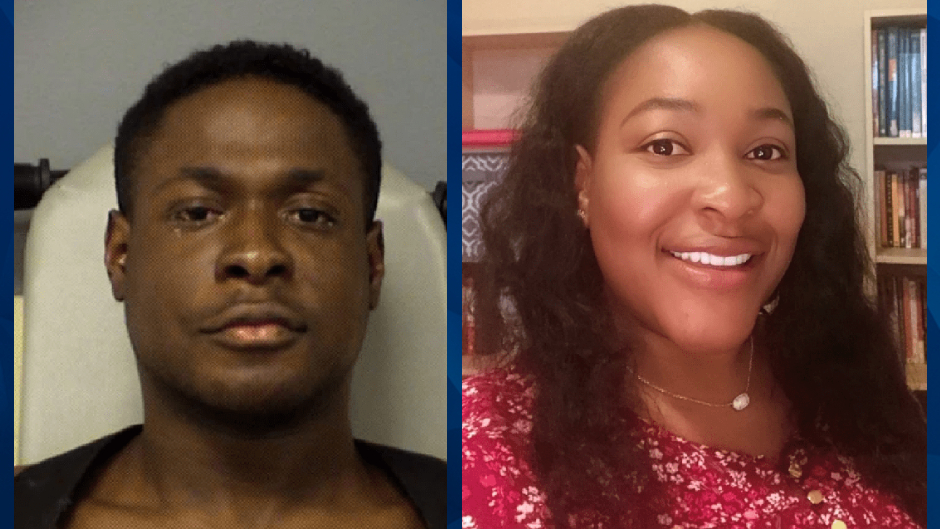 A former college football player in Texas was arrested for murdering his pregnant older sister on Friday afternoon, as CrimeOnline previously reported.

Michael Egwuagu, 25, who played for the University of Texas at San Antonio, allegedly stabbed Jennifer Ebichi, 32, to death on Friday at her Pflugerville home. Ebichi’s twin brother told police that he found Ebichi dead in her home after she sent him a text message saying that Egwuagu “was at the residence and was having a crisis,” according to the Austin American-Statesman.

The victim’s twin brother reportedly said that he arrived at the home and found a woman who attended the same church as him standing on the front yard with Ebichi’s oldest child, who was covered in blood. He also claimed that he discovered Ebichi — lying in a pool of blood with one to two dozen stab wounds — then rescued her crying youngest child from the home, the news outlet reported.

The pair’s brother reportedly found Egwuagu kneeling in the street. Egwuagu allegedly approached his brother and told him he was “one of the good ones” before removing his bloody clothes and discarding them in a nearby trash can.

The American-Statesman reported that Ebichi was in her first trimester of pregnancy. Her doorbell camera caught her brother saying, “I killed Jennifer,” as he left the home, according to the affidavit.

Witnesses reportedly heard Egwuagu and Ebichi screaming inside the home around the time of the murder. A neighbor told KEYE that they saw Egwuagu naked and bloodied in the street. The neighbor also claimed he overheard Egwuagu ask for a bible.