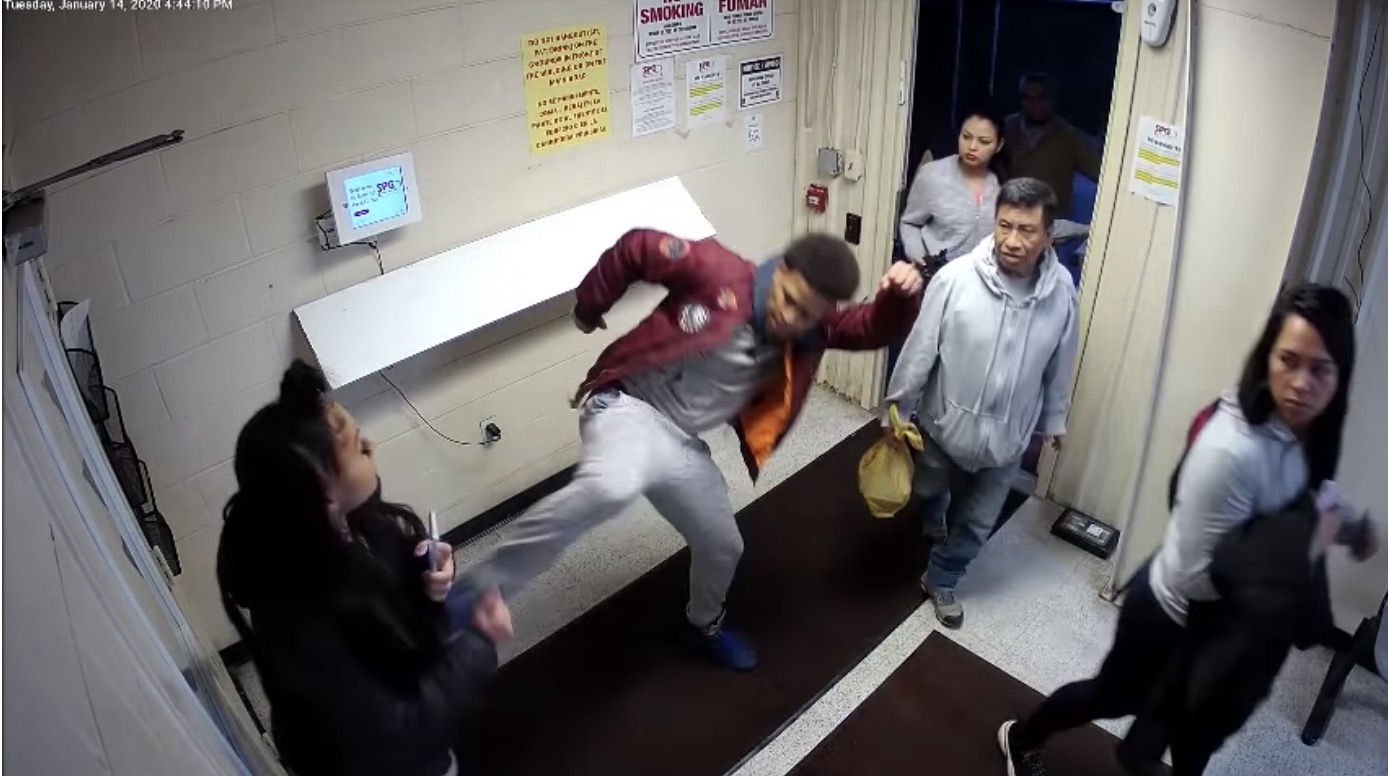 SEE IT: Boyfriend viciously attacks girlfriend at work, gets charged with ATTEMPTED assault and released

A Bronx man burst into his girlfriend’s workplace this week and began punching her in two violent incidents separated by his stepping outside to put a 12-inch knife up his sleeve — and it was all caught on video.

The Mid-Hudson News reported that the incident took place at Superior Package Company in Harriman, north of New York City, and that Jay Vazquez-Paulino was charged with menacing, criminal possession of a weapon, attempted assault, and harassment and released on an appearance ticket with no bail. Police issued an order of protection for his girlfriend.

Harriman Village Police Chief Dan Henderson said Vazquez-Paulino was released because of a new state law that bars bail for misdemeanors and non-violent felonies, but Orange County District Attorney David Hoovler said he should have gone to jail.

“The fact that it is captured on video goes further showing the strength of the case and the fact that he did have an intention to do harm here,” Hoovler said. “The real issue here is that this gentleman was released with a ticket and given an order of protection and again is free to terrorize this woman.”

Henderson did not explain why Vazquez-Paulino was charged with “attempted assault” when he is clearly seen in the video, obtained by the Mid-Hudson News, punching and kicking the woman.

In the video, Vazquez-Paulino is seen entering a hallway at the company and immediately charging a woman, punching her. After another woman opens a door and blocks him from the victim, he is seen going outside the building, where he removes the knife and slips it up his sleeve. He then re-enters the same hallway, throws his phone at the woman, and again rushes her, pushing her into a wall and punching her. The video shows several angles of this scene.

Another scene shows him kicking her in another hallway, and in a final scene, the pulls the knife out of his sleeve and throws it onto the roof.

The new state law barring bail for low level offenses has generated multiple complaints, and in some cases, multiple releases. As CrimeOnline previously reported, Gerod Woodberry allegedly robbed four banks before he was caught, but because he used no weapons and only a note, he was released under the new law — and promptly robbed his fifth bank.