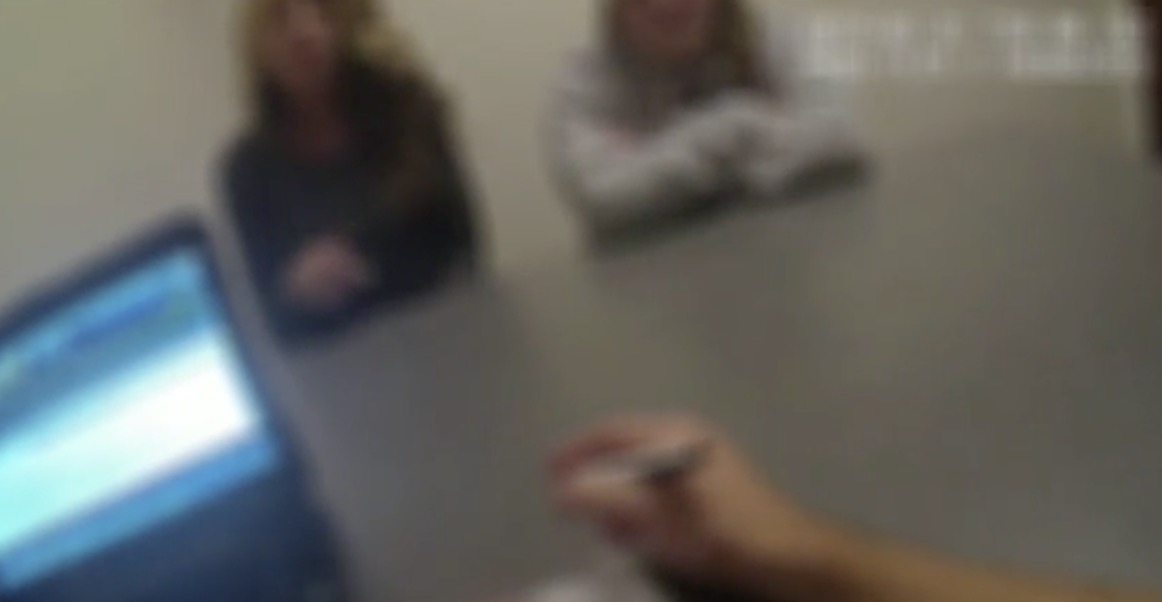 Newly released bodycam footage shows “cult mom” Lori Vallow talking with Gilbert, Arizona, police officers, explaining to officers that her then-husband, Charles Vallow, had stolen her purse out of her car while she dropped 7-year-old son JJ at school.

Along with Vallow in the January 31, 2019, video, obtained by Fox 10, is her 17-year-old daughter, Tylee Ryan, whose disappearance — along with JJ — is at the center of a complicated mystery involving an end-times cult, multiple deaths, an escape to Hawaii and extradition back to Utah.

Tylee and JJ were last seen in September 2019. When Utah law enforcement began to look into the disappearance, Vallow and her new husband, Chad Daybell, fled to Hawaii, but now both are back in Utah with Vallow facing child desertion and other charges, as CrimeOnline previously reported. The children have still not been located.

Charles Vallow was shot to death in July by Vallow’s brother, Alex Cox, reportedly in self-defense. Cox himself died under mysterious circumstances in December. Lori Vallow married Chad Daybell in early November, just days after the mysterious death of his wife, Tammy Daybell. Police are reviewing all three of those deaths.

On the morning of January 31, Fox 10 reported, Charles Vallow filed a petition asking that police pick up his ex-wife for an emergency mental health evaluation. His friend, Gabe Bonilla, witnessed the petition and spoke with officers.

“She has been getting into some really religious things that troubled him,”Bonila said about Vallow. “The relationship was a bit odd.”

Bonila said he was on the line for the last argument Charles and Lori had by phone.

“She said ‘I will destroy you,’ but it was done in a very subjective way that it couldn’t have — it didn’t necessarily come across as a direct threat to him or the children or herself,” he said.

Officers went out in search of Vallow, the station reported, but couldn’t find her — until she walked into the station on her own that afternoon, with Tylee and her friend Melanie Gibb, who would later tell police that Vallow asked her lie when authorities asked about JJ’s whereabouts.

“He’s mad because I took the money out of our account, but it’s a joint account so he wants me to give him money,” Vallow told officers.

In addition to accusing Charles of stealing her purse, Lori Vallow accused him of cheating.

Days later, Charles Vallow filed for divorce, accusing Lori of taking $35,000 out of a joint account.

Tylee Ryan also spoke to police about a text message she received from her father. “Didn’t file a police report or anything, as far as we know, so I’m just assuming he was trying to get a response, and then, I love you,” Tylee said.

The following day, police said Vallow voluntarily checked herself in for a mental health evaluation and was discharged a few hours afterward.