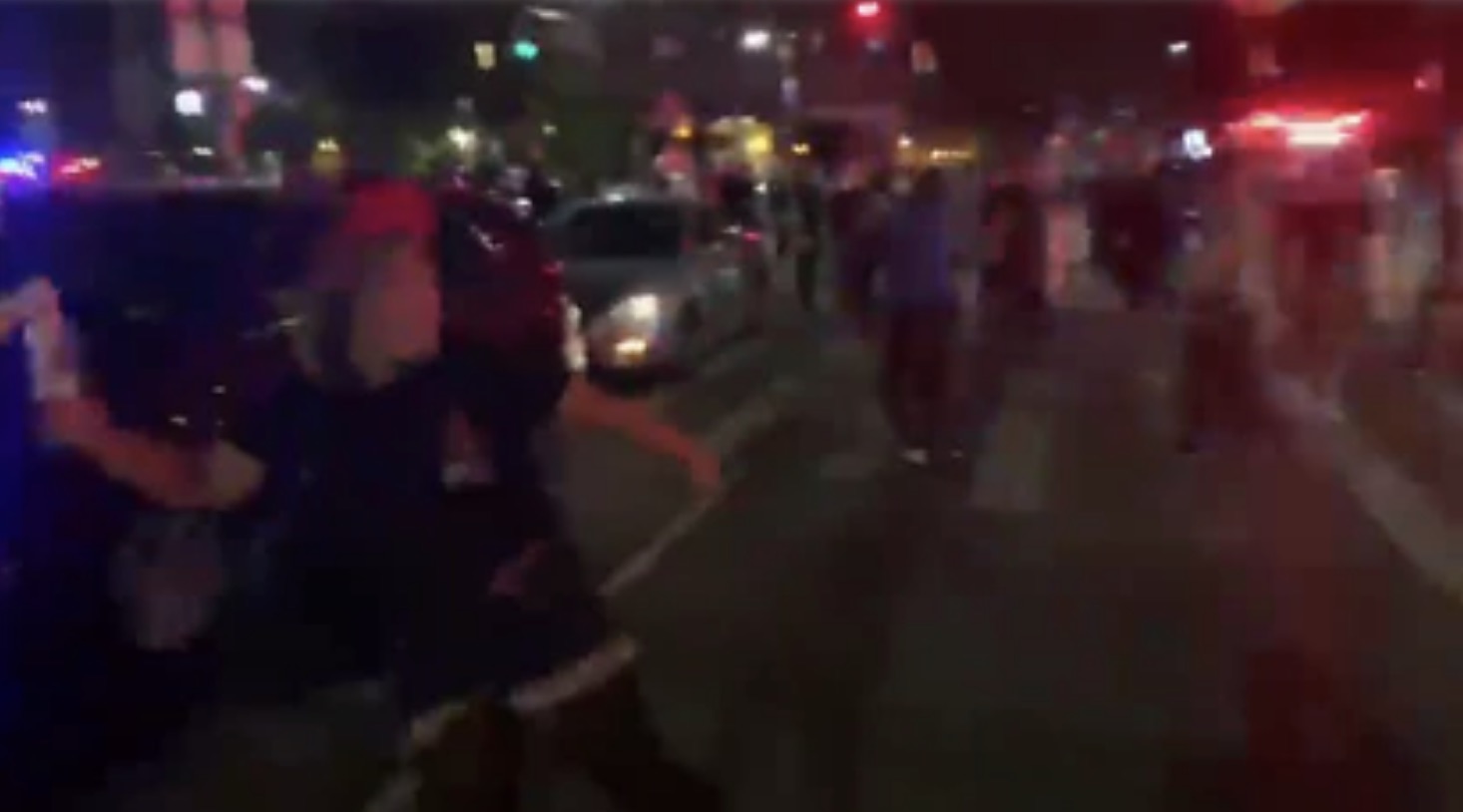 Federal prosecutors have taken over the case of an upstate New York woman who allegedly threw a Molotov cocktail at a police van in Brooklyn during protests early Saturday morning against the police killing of George Floyd in Minneapolis, the New York Post reported.

Samantha Shader, 27, was initially charged by NYPD with four counts of attempted murder for the four officers inside the van, as CrimeOnline previously reported, but federal authorities have now charged her with using and attempting to use an improvised incendiary device, the New York Daily News said.

Shader’s attempt to burn the police van was captured on video. In it, she appears to light the incendiary device, then melds back into the crowd for a few moments before reappearing, shouting “Get out of my mother-f–king way,” and hurling the bottle toward the van parked at Washington Ave and Eastern Parkway.

The bottle shattered two of the vans windows but didn’t ignite because Shader used toilet paper instead of a rag to wick the device, according to the FBI affidavit filed in the case.

“Officers in the NYPD vehicle pursued after Shader while she attempted to flee,” the affidavit says. “The same officers then apprehended Shader and placed her under arrest.”

The affidavit said that Shader waived her right to have an attorney present during questioning. “In sum and substance, Shader admitted to possessing the Molotov cocktail and throwing it at the NYPD vehicle,” the affidavit says.

Shader’s 21-year-old sister, Darian Shader, was also arrested Friday night when she tried to intervene in her sister’s arrest. Darian Shader was charged with obstruction of justice and resisting arrest in Brooklyn Criminal Court and is not named in the FBI affidavit. Both women are from Catskill, New York, about 130 miles from Brooklyn.

Federal authorities charged two other people with using and attempting to use an improvised incendiary device early Saturday, the Daily News said. Urooj Raman, 31, allegedly threw a Molotov cocktail into a police vehicle near the 88th Precinct and then jumped into a van that drove away. Police pursued the van and arrested Raman and the van’s driver, Colinford Mattis, 32.

“During the arrest, officers observed in plain view several precursor items to build a Molotov cocktail, including a lighter, a bottle filled with toilet paper and a liquid suspected to be gasoline in the vicinity of the passenger seat and a gasoline tank in the rear of the vehicle,” said an FBI affidavit filed in Brooklyn Federal Court.

Protests over Floyd’s death have erupted across the country, with some turning violent while during others, police have joined protesters in peaceful marches. Floyd, a 46-year-old black man, died on Monday after spending nearly nine minutes with now-fired and arrested police officer Derek Chauvin’s knee pressing into his neck. Floyd repeatedly told officers who were investigating an allegation of a forged document that he couldn’t breathe, but Chauvin, a white man, did not remove his knee until near three minutes after Floyd became unresponsive, as CrimeOnline previously reported. The arrest was captured on video.