Investigators served a search warrant on the Fremont County property on Tuesday, as CrimeOnline previously reported. On the same day, Daybell was arrested and charged with felony destruction or concealment of evidence.

On Wednesday, Larry and Kay Woodcock, JJ’s grandparents, told reporters that remains found during the search belonged to 7-year-old JJ and 17-year-old Tylee, who hadn’t been seen since last September.

Vallow has been in jail since she was arrested in Hawaii on February 20 and extradited back to Idaho. She has been charged with two felony counts of desertion and nonsupport of dependent children, resisting or obstructing officers, criminal solicitation to commit a crime, and contempt of court, CrimeOnline reported at the time. 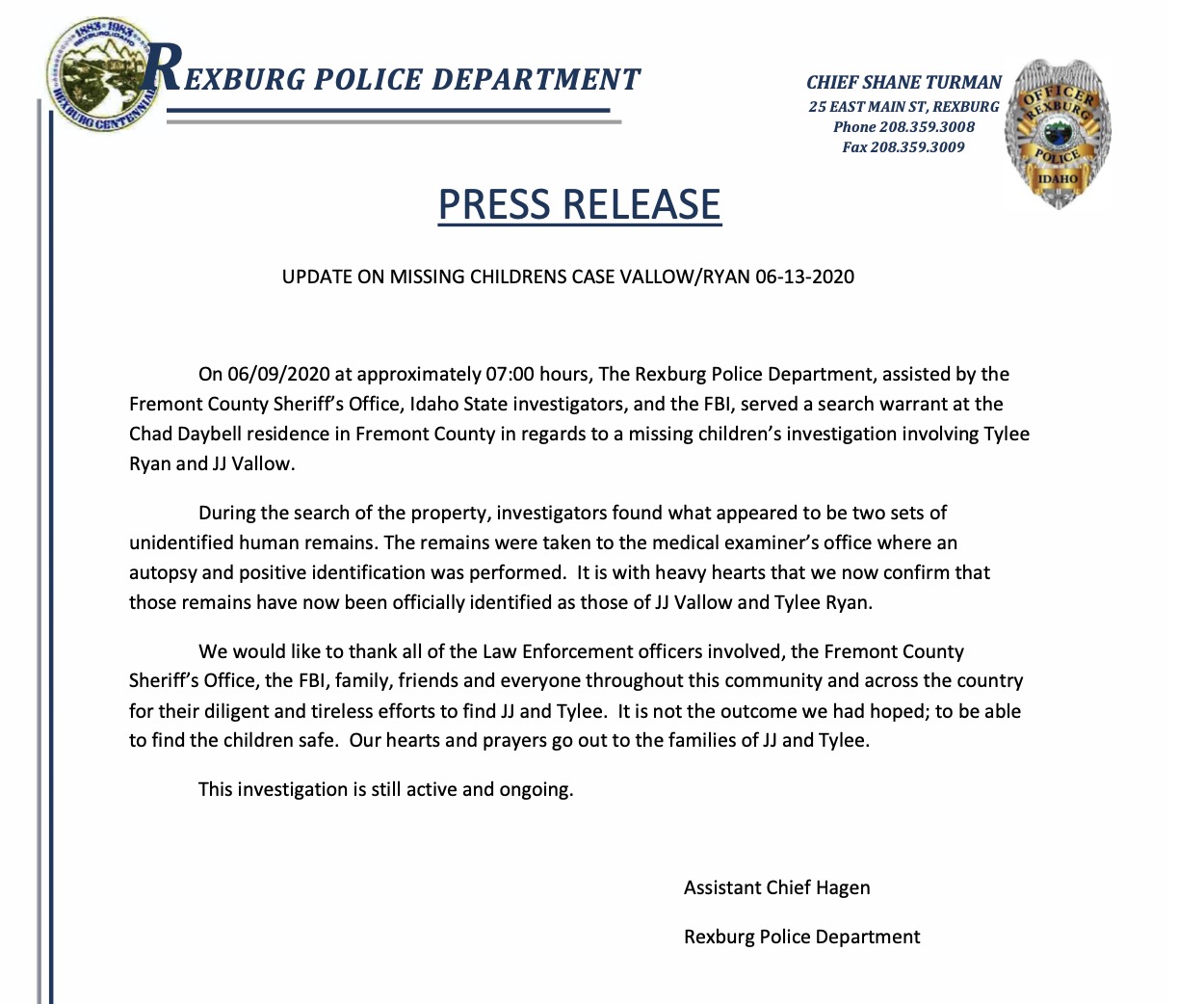 In an email confirming identification of the remains found at Daybell’s home, the police department said the medical examiner performed autopsies and made the confirmation. The email did not reveal any results of the autopsy.

See more on this continuing story on CrimeOnline.