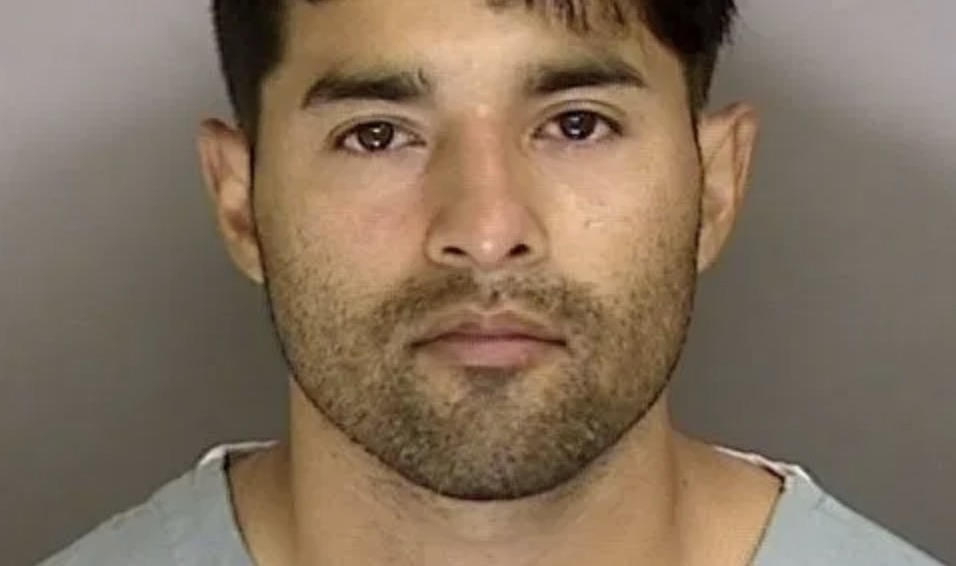 An Air Force sergeant already charged with killing a Santa Cruz deputy was charged Tuesday with shooting two federal officers in Oakland, one of them fatally, using the protests over the killing of George Floyd in an attempt to get away with the crime, according to the US Attorney for the Northern District of California.

Steven Carrillo, 32, and his 30-year-old accomplice, Robert A. Justus Jr., have also been linked to the Boogaloo movement, a self-described libertarian anti-government citizen militia that believes the United States is on the verge of a civil war, and they are preparing to help it along.

Underwood and his partner were guarding the Ronald V. Dellums Federal Building in Oakland on the night of the shooting as protests against the killing of Floyd took place nearby. According to the complaints against Carrillo and Justus, the two of them pulled up across the street from the federal building at about 9:30 p.m., and one of them got out and conducted reconnaissance for about 10 minutes. At about 9:45 p.m., the van started up and moved toward the guard post where Underwood and his partner were stationed. As it pulled alongside the guard station, “the passenger side sliding door opened, and Carrillo allegedly fired multiple rounds from a firearm toward the guard post,” according to US Attorney David Anderson.

Federal agents launched an intense manhunt that came to fruition on June 6 when a witness reported seeing a white van that appeared to have guns and bomb-making material inside, as CrimeOnline previously reported. Initially, police said that the van pulled away and deputies followed it to Carrillo’s home, but that was apparently incorrect. Deputies found evidence inside the van, which had been spray painted in an attempt to alter its appearance, that led them to Carrillo’s home. When they arrived, however, Carrillo reportedly opened fire, killing Santa Cruz Sheriff’s Sgt Damon Guzwiller and wounded another deputy.

Carrillo fled the scene, and deputies shortly received calls about a nearby attempted carjacking. Officers from several departments responded and arrested Carrillo, who was reportedly armed and was shot during the arrest. He was taken to the hospital for treatment of non-life-threatening injuries. Carrillo was charged with 19 felonies — including murder — in a 14-page indictment filed with the Superior Court of Santa Cruz, the Mercury News reported.

At the time authorities said that they were looking into whether Carrillo was involved in the Oakland shooting because of the similarities between his van and the van used in that incident.

“There is no evidence that these men had any intention to join the demonstration in Oakland … They came to Oakland to kill cops,” FBI Special Agent in Charge Jack Bennett said.

The News also reported that Carrillo used his own blood to scrawl Boogaloo-related messages onto the car he’d carjacked. He reportedly wrote the word “boog” — short for Boogaloo — and the phrases “I became unreasonable” and “stop the duopoly.” “I became unreasonable” refers to a statement made by anti-government extremist Marvin Heemeyer in 2004 when he bulldozed 13 buildings in Colorado over a zoning dispute. He shot himself when his bulldozer got stuck in the basement of one of the buildings and left behind a note that said, “I was always willing to be reasonable until I had to be unreasonable.”

“Stop the duopoly” is a slogan often used by third-party and libertarian candidates to urge the end of the dominate two-party system of Democrats and Republicans.

The News and NBC reported that Carrillo posted frequently on anti-government Facebook groups — citing the complaint against him, NBC said that he wrote in a Facebook group on May 28 that the protests over Floyd’s death were “on our coast now, this needs to be nationwide” and that “it’s a great opportunity to target the specialty soup bois.”

“Soup bois” is Boogaloo slang for government agencies with acronyms like the FBI and ATF.’

“Go to the riots and support our own cause. Show them the real targets. Use their anger to fuel our fire. Think outside the box. We have mobs of angry people to use to our advantage,” he also wrote on Facebook.

Carrillo and Justus both face the death penalty.

In addition to the van, Anderson said that an AR-15 rifle recovered at the crime scene was used in both incidents. The AR-15 was a “ghost weapon,” federal authorities said — built from parts rather than purchased from a gun manufacturer.