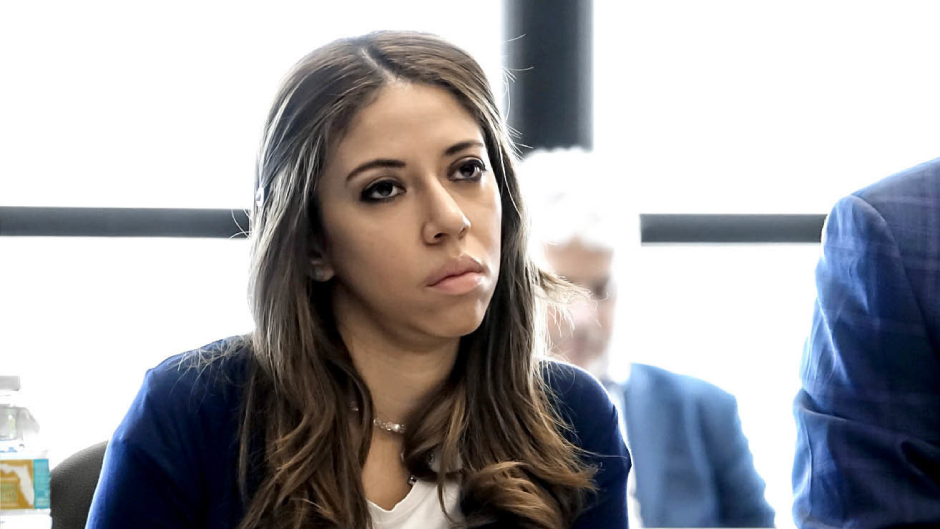 Prosecutors have alleged Dalia Dippolito plotted Mike Dippolito’s murder to gain control of her husband’s savings and their Palm Beach County home. Authorities got involved in 2009, after Dalia Dippolito’s then-lover, Mohamed Fawzi Shihadeh, told Boyton County police that she was planning to hire someone to kill her husband.

Dalia Dippolito was convicted in 2011 of solicitation to commit first-degree murder. However, that conviction and a 20-year prison sentence were ultimately tossed out on appeal. A 2016 trial ended with a hung jury.

It’s True Justice Month on Fox Nation, and “Crime Stories with Nancy Grace” is available now! Sign up today and get your first month for only 99cents!

Following two trials, in 2017, a jury returned a guilty verdict for solicitation to commit first-degree murder. In 2019, the Florida Supreme Court denied Dalia Dippolito’s request to review her 2017 conviction.

Dalia Dippolito’s lawyer, Brian Claypool, said he hopes a federal court will review his client’s third case for constitutional violations. This week, he told Nancy Grace that his client was “pressured” to pay $1200 to an undercover officer masquerading as a hitman.

It was during the same encounter when Dalia Dippolito told the undercover officer that she’s “5,000 percent sure” she wants her husband dead.

A film crew for “Cops” was present when Boyton County police lied and told Dalia Dippolito that her husband was dead — prompting the woman to launch into hysterics.

“[Shihadeh] also said that Dalia conveyed to him that she was being domestically abused and that either she was going to die or either [her husband] was going to die,” Claypool told Grace. “The police department did nothing to investigate domestic abuse and they did everything to make good TV for the ‘Cops’ television show.”

Grace took issue with Claypool’s claim that he didn’t know whether Dalia Dippolito called the police about her husband abusing her.

“You just said…that the police never investigated all the domestic abuse,” Grace commented. “But you’re telling me you don’t know if your client ever called cops and said, ‘I just got hit. I’m being abused.'”

Grace went on to reject Claypool’s assertion that Dalia Dippolito was the victim of entrapment.

“The police didn’t make that happen. What they did do is get an undercover cop to pose as a hitman. It was absolutely constitutional,” Grace said. “[Dalia Dippolito] didn’t have to take that meeting. Who made her get $1200 out of an ATM?”