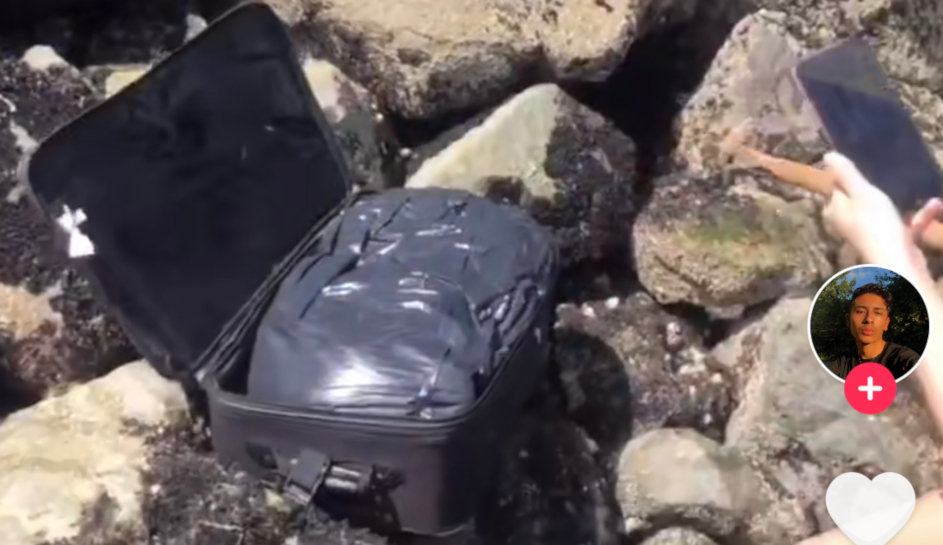 An exploration app led some Washington teenagers Friday to Seattle’s waterfront, where they found a suitcase containing a black plastic bag and a very bad smell.

The smell, they learned later from a Seattle police announcement, came from decomposing human remains.

The teens were using an app called Randonautica, which generates random coordinates for a location in the general area where the app is used. And, they recorded their adventure on TikTok.

“As soon as she opened it, the smell was overwhelming,” TikTok user @ughhenry wrote on the video. He said they weren’t sure if it was “actually a dead body or if it’s just food,” so they called police.

Detectives found “several bags containing human remains” after that initial call and have launched an investigation, as CrimeOnline previously reported. At least one bag was found in the water, police said. On Saturday, they said it wasn’t clear how the bags got where they were — placed there, carried out by the tide somewhere and washed ashore, or dropped overboard and washed ashore. The investigation continues.