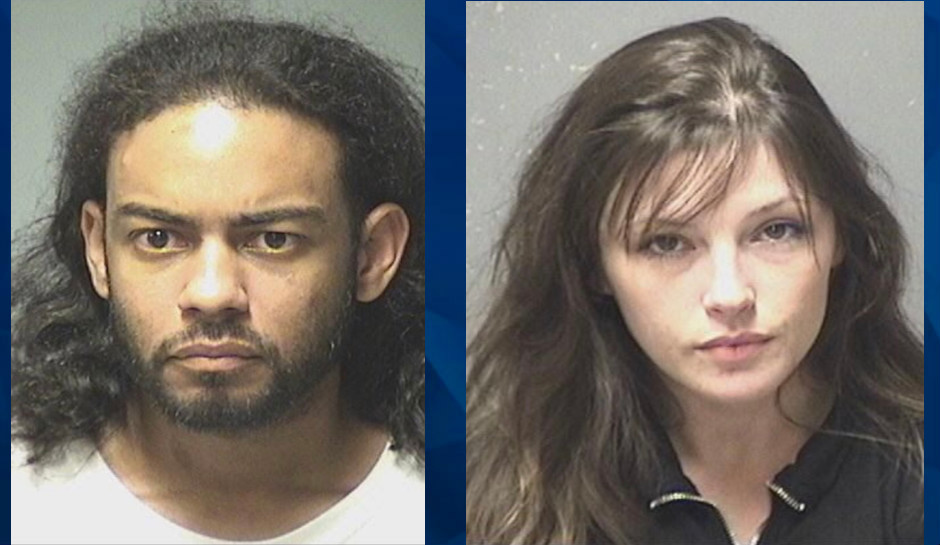 Ronny “Spanish Jay” Betances, 37, has been charged with kidnapping, robbery, criminal threatening with a deadly weapon, and two counts of simple assault charges, the paper said.

Upham told police that the saga began on Thursday in Manchester, when he was a passenger in a car driven by Betances, who got into an accident, according to a police report. Betances gave Upham $100 and some heroin and told him to rent a car for him, but Upham told detectives ignored messages from Betances for the rest of the day.

On Friday morning, Upham said, Betances, Dupuis, and another woman found Upham at an apartment, but Upham told them he didn’t have the car, the $100, or the drugs, the police report said. Betances punched Upham, he said, and then Betances and the women forced Upham into a car, and they drove around trying to come up with $500 — $100 for the car rental and previous debts of $400.

They tried to get money from Upham’s girlfriend at her workplace, Elliot Hospital in Manchester, but the woman Betances sent in to get the money was thrown out by hospital staff, according to the police report. At a nearby drug store, Betances demanded Upham’s debit card but couldn’t get any money out of the machine, police said. They went to Upham’s storage unit, but he was behind on the payments and couldn’t get in.

The group drove to Derry, about 13 miles away from Manchester, and Betances bought bleach, a rope, and a winch cable from the Walmart.

Behind the store, Betances allegedly tied Upham to a tree, poured bleach over his body and face, and slashed him in the chest with his knife.

“Don’t you make a sound or I will come back and cut you,” Betances allegedly told Upham before leaving.

Betances remains in jail. Dupuis was released on her own recognizance and is due back in court on July 30. Police did not say anything about the alleged second woman involved.