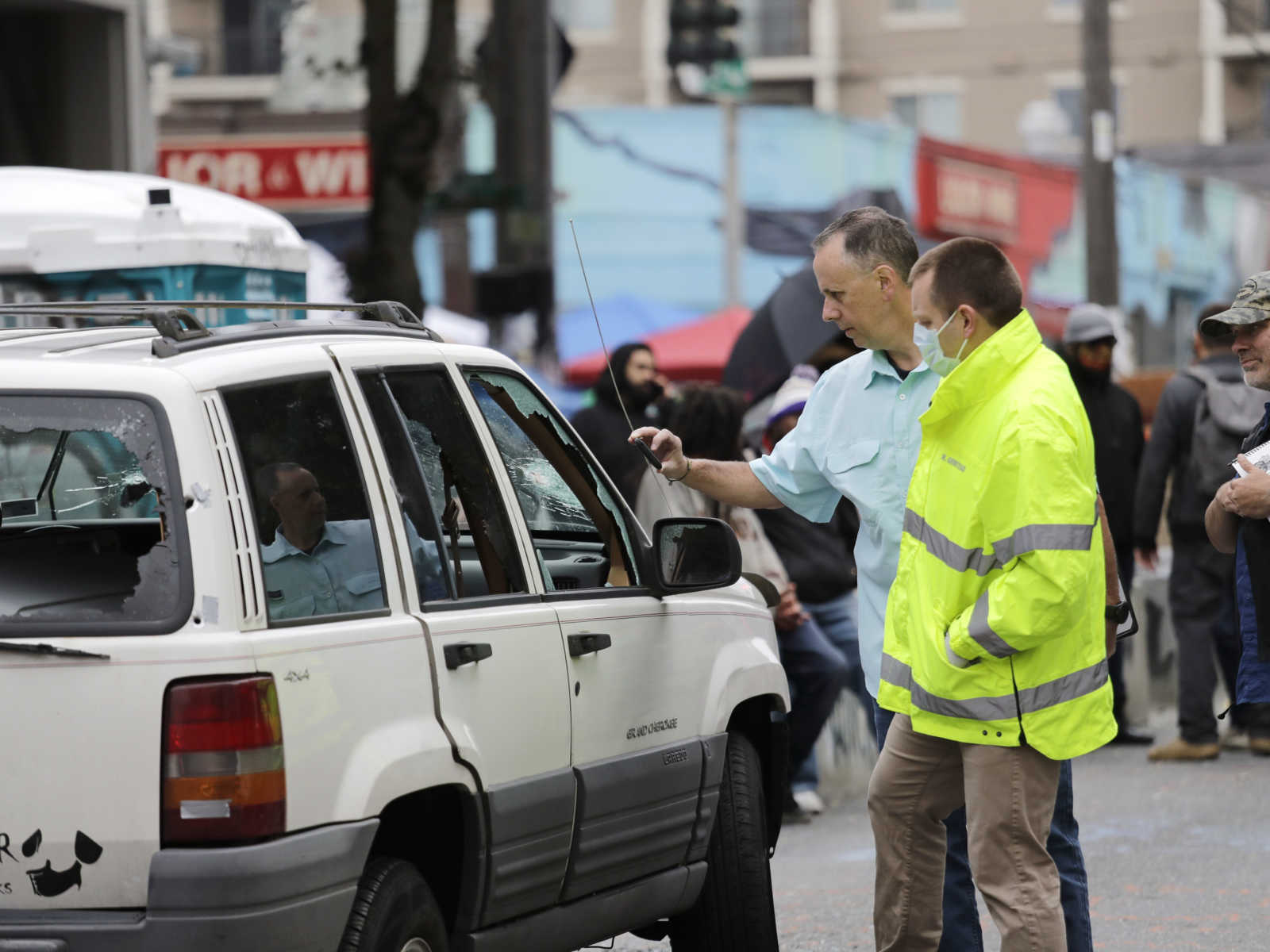 A 16-year-old boy was killed and a 14-year-old boy wounded Monday morning in a shooting on the edge of the protest area known as CHOP in Seattle’s Capitol Hill area.

According to the Seattle Times, police said they believed the two teens were in a white Jeep Cherokee seen in surveillance footage colliding with a barrier as “several unidentified people” fired shots into it.

“Detectives searched the Jeep for evidence, but it was clear the crime scene had been disturbed,” police said on their blotter.

Harborview Medical Center said one person with gunshot wounds was brought into the hospital in a private vehicle at about 3:15 a.m., and a second person was brought in by the Seattle Fire Department about 15 mintues later. As of 5:40 a.m., one of them had died and the other was in critical condition, the hospital said.

CHOP stands for Capitol Hill Organized protest, the name protesters gave the several blocks around the East Precinct and Cal Anderson Park they’ve occupied for about three weeks, since police abandoned the precinct during protests spurred by George Floyd’s death at the hands of police in Minneapolis. It was initially called CHAZ, Capitol Hill Autonomous Zone.

“We need to be able to get back into the area,” Best said. “This is dangerous and unacceptable.”

Four shootings have taken place along the edges of the CHOP in the last 10 days– including another fatal shooting, as CrimeOnline reported — but protesters say the occupation is not the cause of the violence.

“The bloodshed you’re talking about has nothing to do with the movement,” said Antwan Bolar, 43. “That’s people who would have been doing it in North Seattle or South Seattle anyways — it’s just concentrated here.”

“There are multiple people being injured and hurt and we need to do something about it,” she said.

No arrests have been made in any of the shootings in the area.