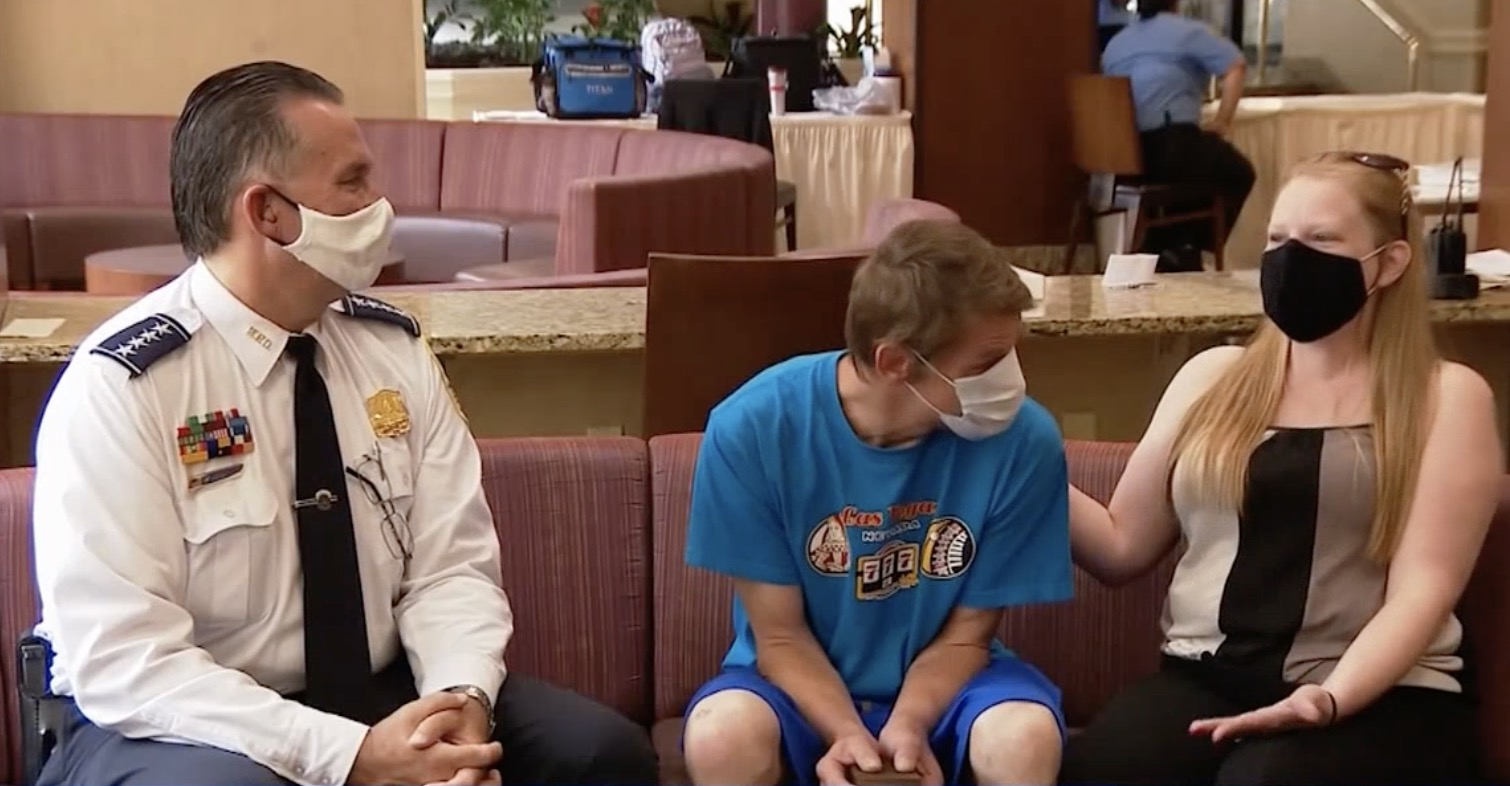 A homeless man who saved the life of a Washington, D.C. police officer last week met with his family this week for the first time in eight years, News 4 Washington reported.

Burrows, who has lived on the capital’s streets for more than two decades, jumped into action that day when he saw another man stab a police officer with a pair of scissors, as CrimeOnline previously reported.

“I was really mad at the guy, for just stabbing him for no reason. That made me mad,” he said at the time, adding that he knew the officer under attack. “They’re my cops. This is my city and I don’t want you stabbing them.”

Metropolitan Police Chief Peter Newsham met with Burrows and DuPerow on Tuesday for the reunion.

“What you did for our officer — seriously, God bless you for that. We really appreciate that. You really saved his life,” he said.

The D.C. Department of Human Services set up a GoFundMe for Burrows, which has raised more than $20,000 so far. They’ve gotten him a hotel room, too, until he can be moved into more permanent housing, News 4 said.

DuPerow, who lives in Virginia, said Burrows’s mother and uncle are making plans to travel to D.C. to see him.

Burrows and his family hope the reunion marks a new stage in all their lives. “I’m not gonna lose them now,” he said.

The man who attacked the officer, Robert Redding, was been charged with assault with intent to kill and felony assault on a police officer.