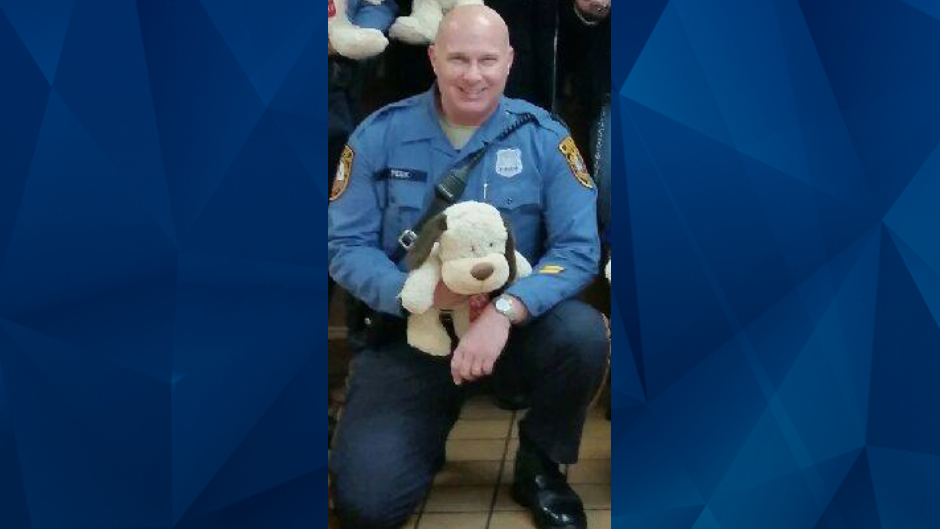 Bridgeton police officers responded to Bridgeton Fire Department EMT satellite station at 1:30 a.m. amid reports of someone throwing an unknown object at an ambulance. Officer Sean Peek, 49, was canvassing the area when he spotted someone either jumping or falling into a river, according to WABC.

Bridgeton Police Chief Michael A. Gaimari Sr. said the female suspect made it across the river but Peek — who was wearing all his equipment and gear — had difficulty. Other officers helped get Peek to safety, the news station reported.

The woman and Peek were hospitalized. Peek was ultimately discharged and sent home until he could be cleared from work, Gamari said.

Family members reportedly found Peek unresponsive sometime Sunday morning. The police chief said an autopsy will be performed to confirm his cause of death.

According to NJ.com, the suspect was identified as Sarah Davis, 29, of Connecticut. After being evaluated at the hospital, Davis was charged with burglarizing the fire department building and several other city-owned structures located on the same street.

She’s also accused of damaging windows and equipment, causing more than a thousand dollars in damage, the news outlet reported.