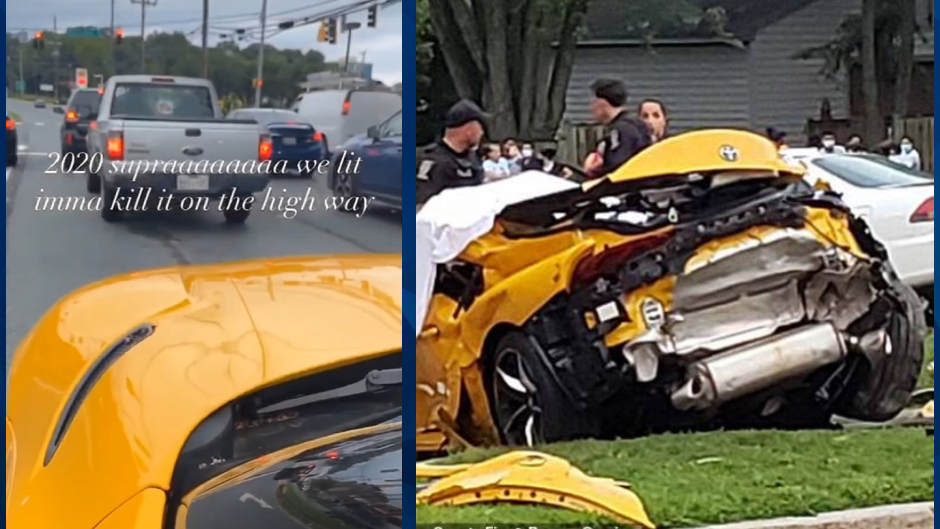 ‘Imma kill it on the high way’: Mom posts video of herself speeding moments before she’s killed in crash [Report]

A Maryland woman reportedly posted a video of herself speeding in a sports car moments before she crashed into another vehicle, killing herself and her passenger.

Montgomery County Department of Police said in a statement that a 2020 Toyota Supra and 2001 Honda Accord collided at the intersection of Muddy Branch and West Deer Park roads in Gaithersburg. The driver of the Supra and the front seat passenger, Stephanie Vasquez, 25, and Jonathan Charkas, 35, were pronounced dead at the scene.

The driver of the Honda and his two passengers were reportedly hospitalized with serious injuries. Police said the Supra’s speed may have contributed to Wednesday’s crash.

The Daily Mail reported that Vasquez posted several videos of herself to Instagram shortly before her death. One of the videos, which appears to show Vasquez behind the wheel of the sports car, is captioned “Imma kill it on the high way.”

According to the Mail, Vasquez also filmed herself speeding and hanging out of the window of the vehicle.

Police are reportedly investigating how Vasquez got in possession of the Supra involved in Wednesday’s fatal wreck.