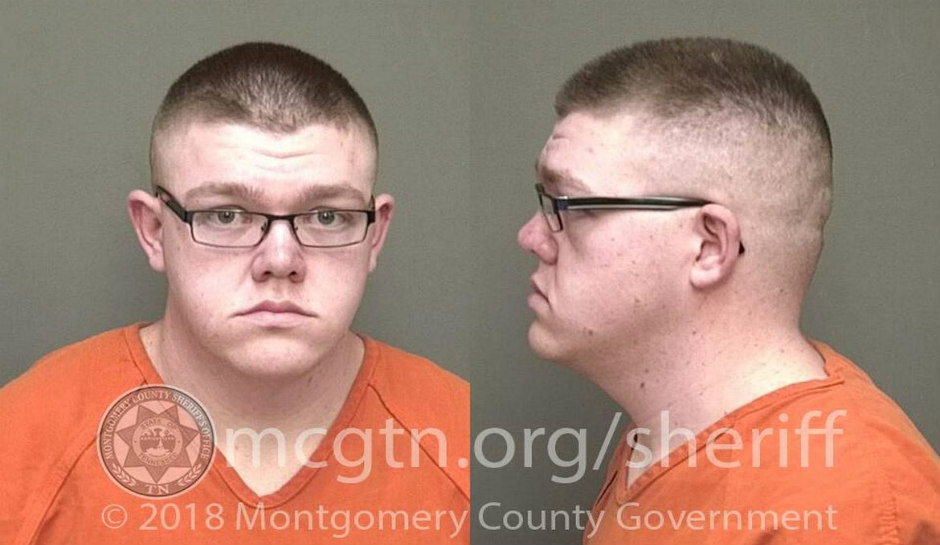 A former Army medic has been sentenced to 15 years in prison for raping his infant daughter and then killing her by wrapping a cord around her neck, Clarksville Now reports.

Christopher Paul Conway, 25, pleaded guilty to second-degree murder on Friday as part of a deal to avoid a trial. Conway initially had been charged with two counts of first-degree murder, aggravated rape of a child, and aggravated child abuse and neglect.

The case stems from November 14, 2017, when one of Conway’s infant twin daughters, Adeline, was found early in the morning by her mother with a dehumidifier cord wrapped around her neck and an arm.

Conway had reported for duty at 4:30 a.m. that morning at Fort Campbell in Kentucky, where he was an Army medic. His wife went to attend to their twins around 7 a.m. for feeding when she found the girl.

Conway confessed to police that he raped and murdered the 9-month-old girl and then later attempted to recant the confession.

A website purporting Conway’s innocence claimed that the girl “had gotten the dehumidifier cord wrapped around her arm and neck during the night,” and that the girl’s “motor skills were developing . . . and she had just started to crawl and grab things.”

But investigators determined that the child had been sexually assaulted and that the cord around her neck killed her.

“This has been a very difficult case for all parties involved,” Lund told Clarksville Now.

“There will never be a sentence harsh enough to ease the death of a child. Adeline was a beautiful baby whose life was taken far too soon. I hope her sister and family can find peace now that this case has been resolved.”

A bench trial in the case had been scheduled to start later this month. Conway’s prison sentence excludes the possibility of parole.