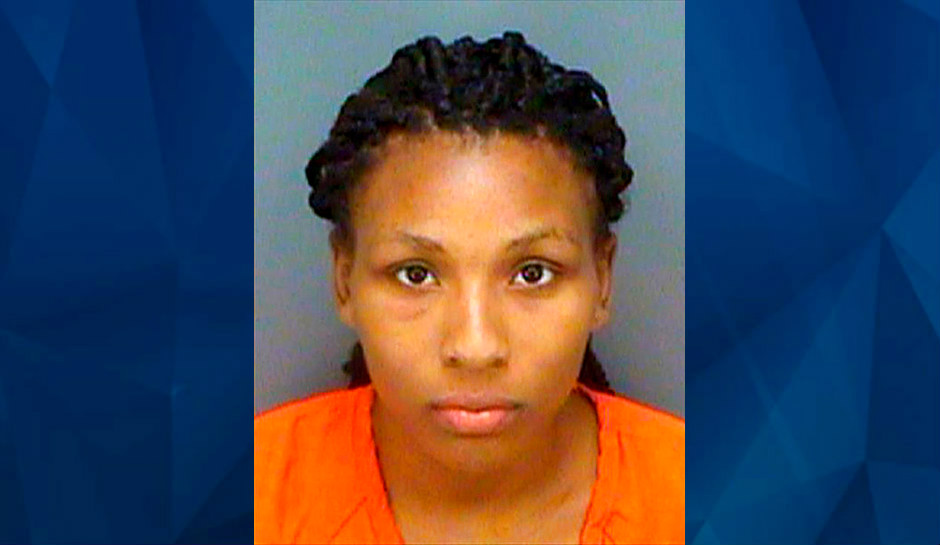 A Florida mom pleaded guilty this week to killing her toddler son two years ago and was sentenced to 50 years in prison, Bay News 9 reports.

Police issued an AMBER Alert for 2-year-old Jordan Belliveau Jr when Charisse Stinson, 23, told police that a man named Antwan knocked her unconscious after she accepted a ride from him.

Three days later, Jordan’s body was found in a wooded area near the Largo Sports Complex, as CrimeOnline previously reported. Stinson admitted she’d hit her son so hard his head hit the wall and he began having seizures, police said.

Reports at the time indicated the boy was still alive and having seizures when Stinson left him to die in the woods.

During the course of the investigation into Jordan’s death, child welfare agencies released hundreds of pages of information about their contacts with Stinson and boy’s father, Jordan Belliveau Sr. The documents revealed that Jordan had spent most of his short life in foster care, having first been placed there as an infant following reports of gang activity near his home. Both parents, however, were reported to be involved in his life.

The parents regained custody after undergoing counselling and moving into a more stable, safe home. But problems were still noted. A day before Jordan’s death, a caseworker told his parents that he could be returned to foster care because of missing required check-ins and failure to reported a domestic violence incident in July, in which Belliveau Sr had assaulted Stinson during an argument about the boy.

The case manager reportedly said the ongoing issues needed to be fixed “like ASAP.” The next day, Stinson reported the boy missing.

In court on Tuesday, Stinson made an emotional statement before entering her guilty plea, including an apology to the Belliveau family:

“For a while, I was so angry and bitter before I came to jail. And now I’m free mentally. I may not be free physically. But I want my mom to know that I am free mentally. I am not held in bondage anymore, and that is the greatest gift that God has given me.”

As a result of this case and the many missed clues by child welfare agencies, the Florida legislature passed a bill that requires better training and communication between agencies and law enforcement. The bill, which bears Jordan’s name, was signed into law this summer.

Stinson was pregnant with Belliveau Sr’s child when she was arrested and gave birth in jail. The child was placed with the same foster family that cared for Jordan.

Read more about this story from CrimeOnline.