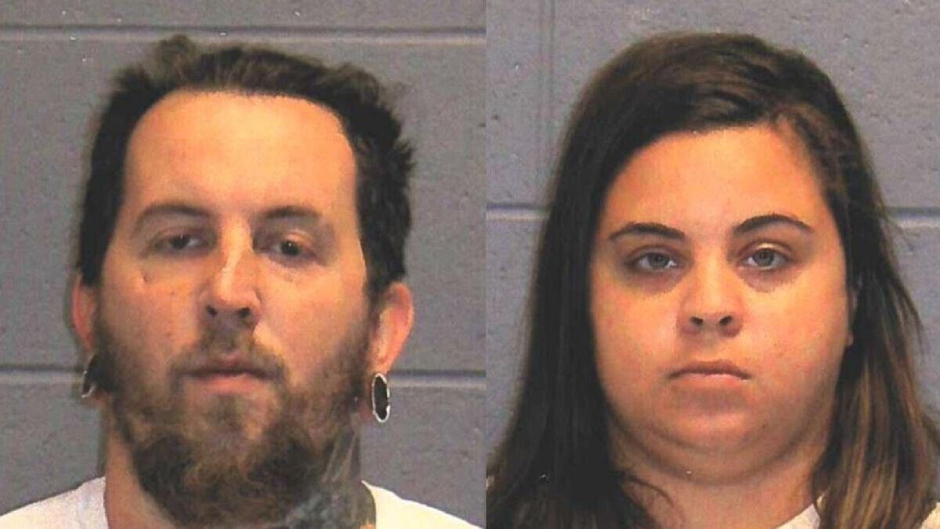 Boy who lived in closet for months was forced to hold exploding bottle rocket in mouth & eat his own vomit: Docs

A Connecticut couple was arrested Friday for allegedly making a boy sleep in a closet for four months and routinely abusing him.

WFSB obtained an arrest affidavit which stated that Kevin Grant, 31, and Kaitlyn Baptiste, 29, were arrested after Naugatuck police investigated abuse allegations at their home on October 1. A person had reportedly told the Department of Children and Families that one of the children in the home was kept in a small laundry room and was only allowed out to eat and for educational purposes.

Grant, the boy’s stepfather, allegedly made the boy eat hot sauce until he vomited and kneel on tacks. Grant also forced the boy to eat his own vomit, according to the news station.

The affidavit detailed an instance in which the victim was ordered to keep one foot on a ladder, with tacks on the steps and underneath the ladder. The victim reportedly said that when his leg got tired, he would have to put his foot on the tacks — causing him to bleed a great deal.

A DCF worker noticed a scar on the boy’s face which was caused by a bottle rocket he was forced to keep in his mouth until it exploded. Police wrote that the boy did not appear to have any recent injuries.

Grant reportedly told a DCF worker that the boy was put in the closet for being too rough with his brother and sister. However, the victim told authorities that in June, one of his siblings was playing and cracked open their head. He said was blamed for the sibling’s injury even though he denied it. Afterward, Grant allegedly beat the boy with a belt and forced him to stand in a corner and face a wall for a week.

Baptiste, the victim’s mother, allegedly knew of the abuse and did nothing to stop it. She reportedly claimed she worked long hours and is not always home with the children. However, she did mention that the victim seemed more aggressive as of late, according to the affidavit.

The Middletown Press reported that Grant and Baptiste were released from custody after posting $25,000 and $10,000 bonds, respectively. They are scheduled to appear in court on November 10.