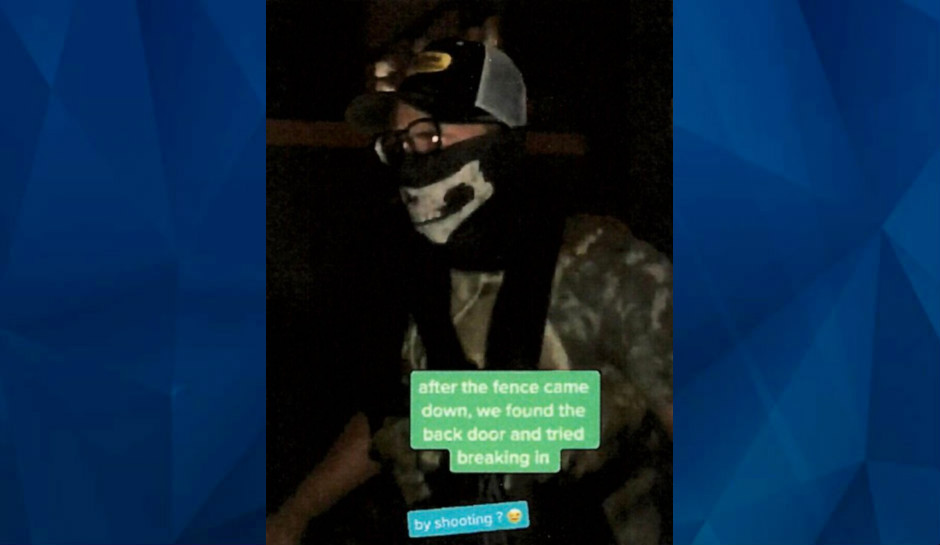 A member of the far-right anti-government group “Boogaloo Bois” has been charged for his role in the looting and burning of the Minneapolis Third Precinct building in the wake of peaceful protests after the killing of George Floyd in May by a Minneapolis police officer.

According to an affidavit filed in the case, Ivan Harrison Hunter, 26, travelled from Texas as part of a coordinated effort to escalate violence as protests spread across the country after Floyd’s death, the Minneapolis Star Tribune reported.

The complaint, filed Monday under seal and released on Friday, said that Hunter fired 13 rounds from his AK-47-style weapon into the precinct house while people were inside, looted and helped set the building on fire, shouting “Justice for Floyd!” as he ran away.

“I did better lol,” Carrillo replied.

Carrillo, a 32-year-old Air Force sergeant, and an accomplice have been charged with shooting two federal officers in Oakland, one of them fatally, during the protests. He’s also been charged with killing a Santa Cruz County deputy, as CrimeOnline previously reported.

Hunter bragged on Facebook about his activities in Minnesota, the complaint says. “I helped the community burn down that police station,” he wrote, and “I didn’t’ protest peacefully Dude … Want something to change? Start risking felonies for what is good.”

“The BLM protesters in Minneapolis loved me [sic] fireteam and I,” he wrote on June 11. The complaint defines “fire team” as a group he and Carrillo started “that responds with violence if the police try to take their guns away.”

“Hunter also referred to himself as a ‘terrorist,’ ” the complaint says.

Hunter was arrested without incident in San Antonio this week despite saying he would “go down shooting” if police approached him. He has been charged with interstate travel to incite a riot.

He is the third member of the Boogaloo Bois, who seek to start a second civil war, charged in Minneapolis for instigating violence in the wake of Floyd’s death.