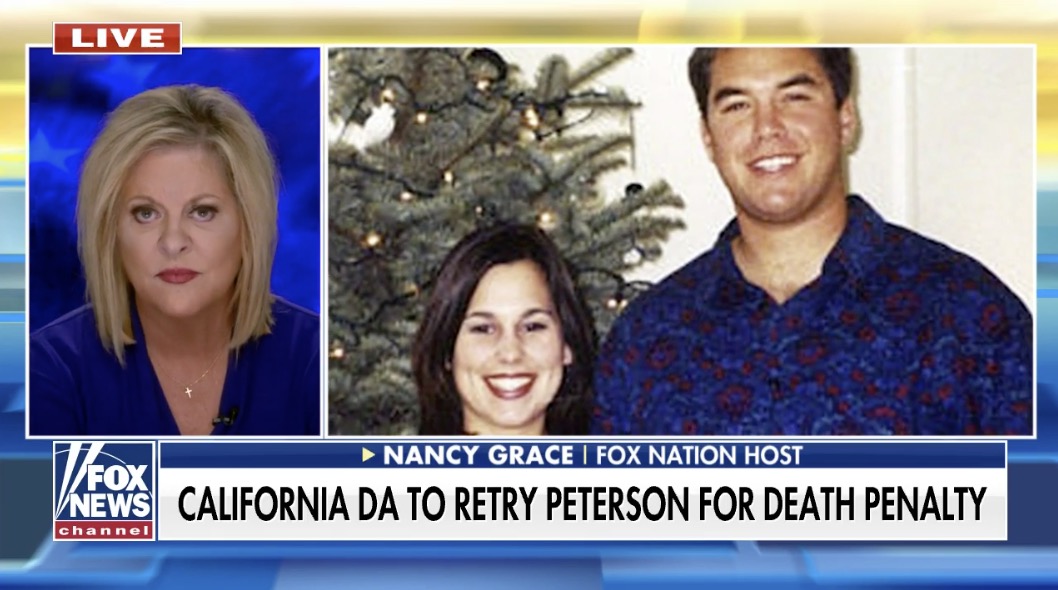 Nancy Grace on possible Scott Peterson retrial: ‘Have at it’

CrimeOnline’s Nancy Grace says is it’s just fine for California prosecutors to redo the penalty portion of convicted murder Scott Peterson’s trial for killing his wife Laci and unborn baby — and it’s even OK if a judge decides to throw out the conviction altogether over possible juror misconduct.

The California Supreme Court tossed out Peterson’s death penalty earlier this month because potential valid jurors were dismissed from the case, as CrimeOnline previously reported.

“The California Supreme Court has made it very clear that Scott Peterson is guilty,” Grace said Sunday on Fox News. “There was nothing wrong that happened during the trial. The errors under the law occurred during jury selection. Some of the jurors said they were opposed to the death penalty — just a handful — and they were not questioned further.”

But now, Grace said, “We have alleged juror misconduct. One juror said she was not a crime victim, but as it turns out, she had filed a TRO — a protective order — against her boyfriend’s ex girlfriend who was harassing her, the juror, during the juror’s pregnancy. So that is a problem.”

Because of that issue, a judge is now considering whether to dismiss the Peterson’s murder convictions as well.

“The bombshell to me is that in the last hours the state, Stanislaus County, has announced, ‘Fine. We will retry the penalty phase,'” Grace said on Fox News Sunday. “‘We’re not just gonna let him have life behind bars. We’re gonna retry him and seek the death penalty again.”

Grace added that even if the judge decides to vacate Peterson’s convictions, that wouldn’t be a problem either.

“When you retry a penalty phase, the jury really needs to hear the whole kit and caboodle, all the facts in evidence before they decide death penalty or life,” she said. “So the state in effect is gonna have to put on all the evidence anyway. So have at it.”

Grace said she expects the proceedings, whether of just the penalty phase or the entire case, to get underway within two years, as both the defense and prosecutors will need time to prepare their cases.

“It’s really hard to find all those witnesses again — some have moved,  some have died — but I think Stanislaus County is up for it,” she said.

Laci Peterson was eight months pregnant when she disappeared from her Modesto home she shared with her husband in 2002. Peterson became the primary suspect after he was caught in numerous lies throughout the investigation. Investigators also uncovered he was having an affair with a woman he met at a party, Amber Frey. In April 2003, investigators found Laci’s deteriorating body near the San Francisco Bay, around eight miles north of Berkeley Marina. The fetus was also found, with its umbilical cord still attached, nearby. Scott Peterson was arrested two weeks later.