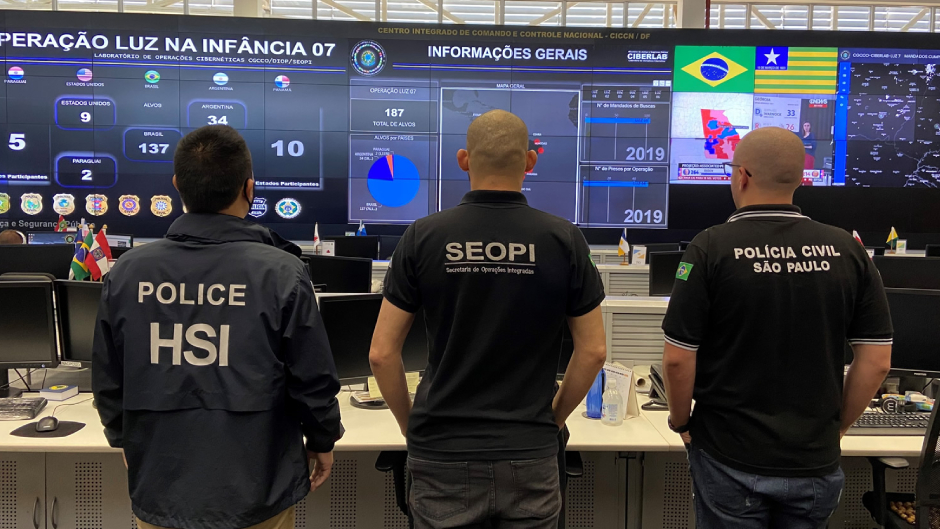 U.S. Immigration and Customs Enforcement (ICE) Homeland Security Investigations (HSI) announced Thursday that they assisted in arrests of 113 suspected child predators during a five-day operation that spanned the U.S. and South America.

The agency said in a statement that the arrests were made as part of Operation Protected Childhood (OSP), which also involved authorities in Brazil, Argentina, Paraguay, and Panama. In the U.S., federal authorities made arrests in North Carolina, Florida, Tennessee, Pennsylvania, Colorado, and California.

Between November 2 and 6, U.S. authorities executed 13 search warrants related to child exploitation and made nine arrests for similar offenses.

KCBS reported that an unidentified California man in the San Fernando Valley was arrested on November 4 for distributing child pornography via direct messages on Twitter.

On November 5, the Department of Homeland Security in Pittsburgh, Pennsylvania, conducted a raid after learning of a suspect using Kik messenger to send child pornography. KPXI reported that it is unclear whether any arrests were made as a result of that raid.

ICE said the latest arrests were made during phase seven of OSP, which HSI Brazil and the Brazil Ministry of Justice and the Public Security’s CyberLab established in March 2015.

“This collaborative effort by ICE’s Homeland Security Investigations and its foreign law enforcement partners has put dangerous criminals behind bars and, most importantly, has led to the rescue of innocent children,” ICE Attaché for Brazil and Bolivia, Robert Fuentes Jr. said in the statement.

“Thank you to our Brazilian partners for their unwavering efforts over the last five years to combat child exploitation through Operation Protected Childhood. And to our partners who have most recently joined our operation, we look forward to the continued fight and relentless effort to put a stop to this horrific crime.”