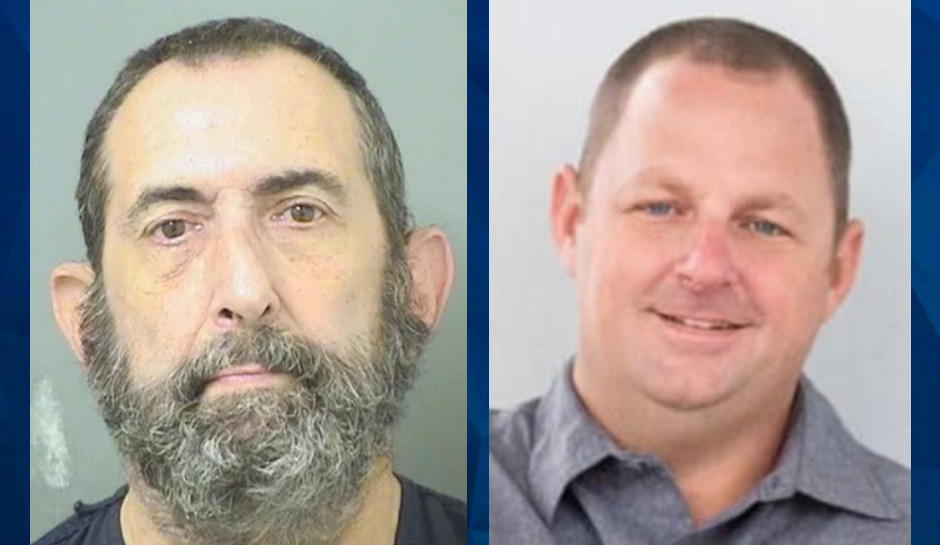 A Florida fire captain shot and killed by a friend earlier this month was involved in “an ongoing conspiracy” to buy and sell narcotics with that friend, according to The Palm Beach Post.

Jay Rind, 63, was charged with manslaughter and improper exhibition of a firearm in the November 2 death of James Gilliard, 48, as CrimeOnline previously reported.

Rind told detectives four weeks ago he was displaying a firearm he intended to give Gilliard when the weapon fired, striking Gilliard in the stomach, the police report said.

But according to documents filed in court this week, Rind left out part of the story: He intended to give Gilliard the gun as part of a drug deal the two men were working out, and it wasn’t the first time Gilliard, a 21-year veteran of the Palm Beach County Fire Rescue, and Rind talked drugs.

The affidavit said that Rind’s cellphone contained more than 850 messages with Gilliard in between December 25, 2019, and the day of the shooting, and at least 77 of them dealt with “buying, selling or tradiing” narcotics.

Prosecutors said that Rind, Gilliard, and a third man were engaged in “an ongoing conspiracy to distribute narcotics that Mr. Rind either received prescriptions for, or brought back during his trips to Mexico.”

In early February, Gilliard texted Rind, “Sorry to keep bothering you. Any luck today? My guy keeps asking.” A week later, Rind texted Gilliard: “I wanted to make 50 @20 disappear. Can you make that happen?” Gilliard: “I will make some calls.”

Later that month, Rind sent Gilliard photos of his stash hiding place, behind a light fixture, and the spot behind a bush where he expected money to be hidden in return.”

The Post did not name the third man involved. The affidavit said there is probable cause to arrest him, but at the end of this week, he was not in custody. Rind apparently ended his relationship with him in September when he texted Gilliard that he “threw out” the other man for stealing.

Additionally, the affidavit said that Gilliard’s autopsy report showed amphetamines and oxycodone in his system, both “outside therapeutic levels,” along with Xanax and morphine. Officers who responded to Rind’s home after the shooting alongside paramedics found more than $2,200 scattered on the couch and several pills — including Xanax, oxycodone, and morphine sulphate — in Rind’s car.

Rind, who said he bought and sold jewelry for cash, told detectives at the time that he had known Gilliard for four years, meeting him at a pawn shop Gilliard once owned. He said that the two men had gone out for dinner and then returned to his home so he could give his friend the gun. He was holding it, he said, showing Gilliard it was empty, when it went off, the bullet striking Gilliard in the stomach.

Rind posted a $20,000 bond and was released from jail after his initial arrest in early November. He is due back in court on December 10.