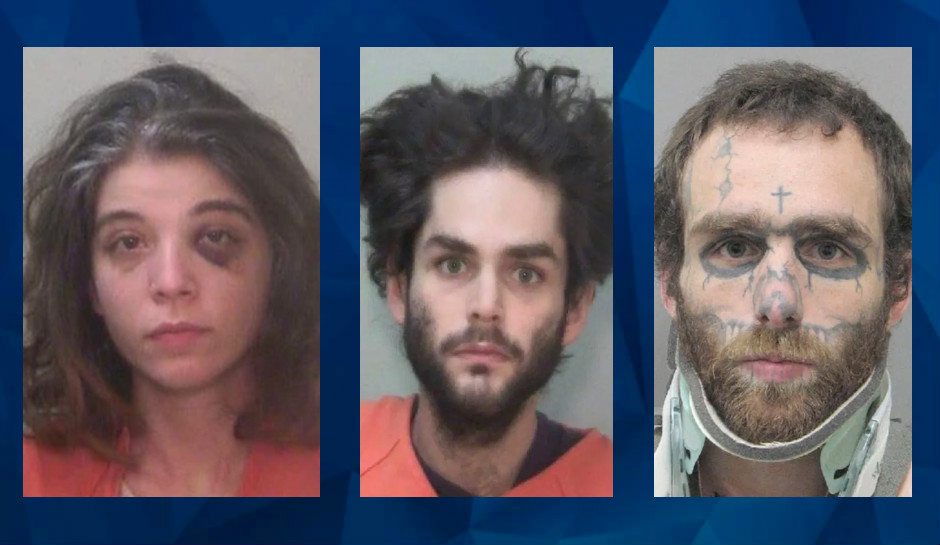 Authorities are considering hate crimes and terrorism charges against three suspects who killed one person and wounded several others during a two-state shooting spree last month, the Las Vegas Review-Journal reports.

The spree began just before 1 a.m. on November 26 in Henderson, Nevada, when police responded to a convenience store where they found 22-year-old Kevin Mendiola Jr. and four other people — including Mendiola’s girlfriend and younger brother — wounded. More reports of shots fire came into police as they were responding to the store, as CrimeOnline previously reported.

Several hours later, in Arizona, local and state officers responded to multiple calls about drive-by shootings. A state trooper spotted a vehicle that matched the description from both the Nevada and Arizona shootings and pursued until the vehicle veered off the highway and rolled.

Christopher McDonnell, 28; Shawn McDonnell, 30; and his wife Kayleigh Lewis, 25, were taken to hospitals for treatment of injuries — Shawn McDonnell for a non-life-threatening gunshot wound he suffered after he pointed a gun at officers who opened fire and the other two for injuries sustained in the rollover crash.

Christopher McDonnell was taken to a hospital in Nevada and subsequently arrested by Henderson police, who charged him with murder, attempted murder, and shooting into a structure, the Review Journal said. Shawn McDonnell and Lewis are in custody in La Paz County, Arizona, where they’ve been charged with two counts each of attempted first degree murder, aggravated assault with a deadly weapon, and endangerment with a substantial risk of imminent death, according to La Paz County court records. Chirstopher McDonnell faces the same charges in Arizona.

All three of the suspects were from Tyler, Texas, where Christopher McDonnell was reportedly paroled from jail in August, according to the Las Vegas Sun.

Nevada prosecutor Michael Schwartzer told the Review-Journal that detectives are considering hate crime charges and charges connected to a “continued act of terrorism.” Christopher McDonnell allegedly told detectives that his older brother told him to “shoot the black guy” and made reference to an “upcoming war.”

“Once we get our arms around this, it’s going to be quite a case,” Schwartzer said. “We’re still trying to find out what happened.”

An arrest report for Christopher McDonnell in Nevada said that witnesses reported the suspect entered a 7-Eleven in Henderson and shot Mendiola, then shot at more people as he left the building. Witnesses said Lewis also went into the convenience store while Shawn McDonnell waited in their car, Kandit News reported. The arrest report also says that a female witness reported one of the men tapped on the window of her car with a gun and told her, “You’re not going to die today.”

A document filed in court in Arizona says that a woman reported a “while male with black shaggy hair” approached her vehicle and started shooting at her at about 8:30 a.m. A few minutes later, an RV driver said his vehicle was struck by gunfire as he drove along a state highway, the Review Journal said. Three more women reported being targeted in the next 20 minutes.

One of them “reported a black four-door sedan with tinted windows approached her vehicle from behind on State Route 95,” according to the arrest report for Lewis. “The black sedan became parallel with her vehicle. (She) heard a loud bang and observed her front drivers side window was broken.”

By that time, Arizona authorities had issued a lookout for the suspect’s car, saying its occupants were believed to have been involved in an “active shooter” situation involving “multiple shooting incidents.”