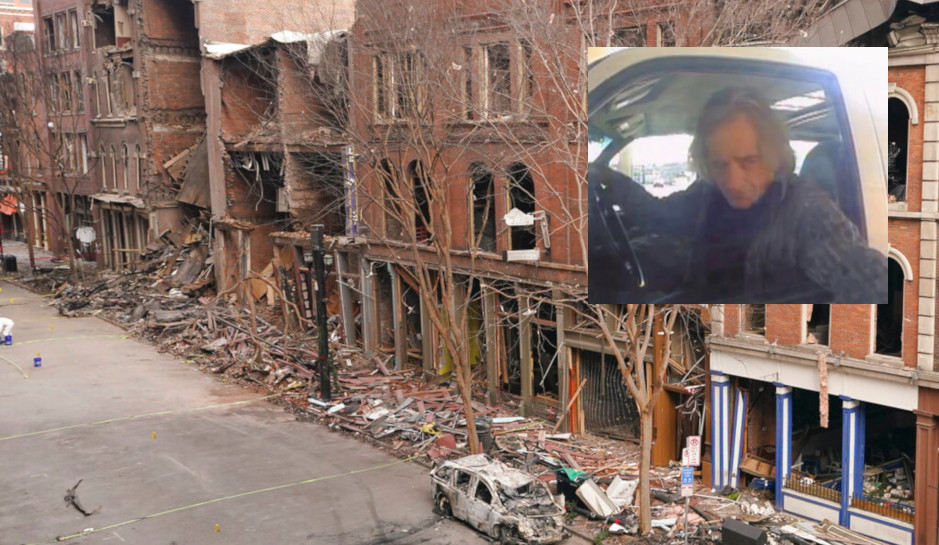 The man who blew himself up in an RV on a Nashville street on Christmas morning may have believed in a bizarre and completely unfounded conspiracy theory that certain politicians and entertainment figures are actually lizard people from outer space bent on taking over the world, NBC News reports.

Two senior law enforcement officials told the network that investigators are looking into statements made by Anthony Quinn Warner, 63, about the mostly online theory, which has some of its earliest origins in the occult movement of the late 19th Century but was brought into the modern era by 68-year-old British conspiracy theorist David Icke, who published a tome about tall, reptilian humanoids who drank human blood and could shape-shift in 1999, according to Political Research Associates.

Icke famously declared the anti-semitic forgery “The Protocols of the Elders of Zion” was created by a small “clique” of Zionists like the Rothschilds — and old Jewish banking family that has been the target of many conspiracy theories, most of them virulently anti-semitic, over the centuries — who helped to create both world wars and the Russian revolution. Icke, who has also said that “Protocols” was created by the lizard people and denies that he is anti-semitic, also claims a link between the COVID-19 pandemic and 5G phone networks, the BBC reported.

Investigators have also been asking Warner’s associates and acquaintances if he believed any number of baseless conspiracy theories about AT&T and 5G networks. Among those is a theory that the bombing was conducted to stop an AT&T audit of Dominion voting machines that would uncover election fraud. PolitiFact calls that theory “pants on fire” because AT&T has no contract to audit Dominion machines nor were any such machines in the downtown Nashville building. PolitiFact also said another theory claiming the bombing was a missile strike is also “pants on fire.”

Warner parked his RV camper, loaded with explosives, next to an AT&T facility in downtown Nashville on Christmas morning, as CrimeOnline previously reported, but so far it’s unknown if that was a deliberate choice. The explosion took down AT&T services over a wide area, including emergency communications. Warner was the only fatality in the blast; three people were injured.

Icke’s theory contends that the majority of the world’s leaders — both ancient and modern — are reptilian, including the British royal family, the American Bush family, the Rothschilds, and the Merovingian dynasty, which ruled the Franks from the middle of the 5th Century until 751, when the last king was deposed and the Carolingian dynasty took over.

Sources told NBC and other networks that they were also looking into reports that Warner made several trips to a nearby state park in his RV camper, where he reportedly hunted for extraterrestrial beings. Investigators have been looking at Warner’s digital devices since Saturday, the sources said, and have collected pictures, videos, and writings that they’re combing for clues to his motivations. Sources told ABC News that some of the writings talk about a variety of conspiracy theories.