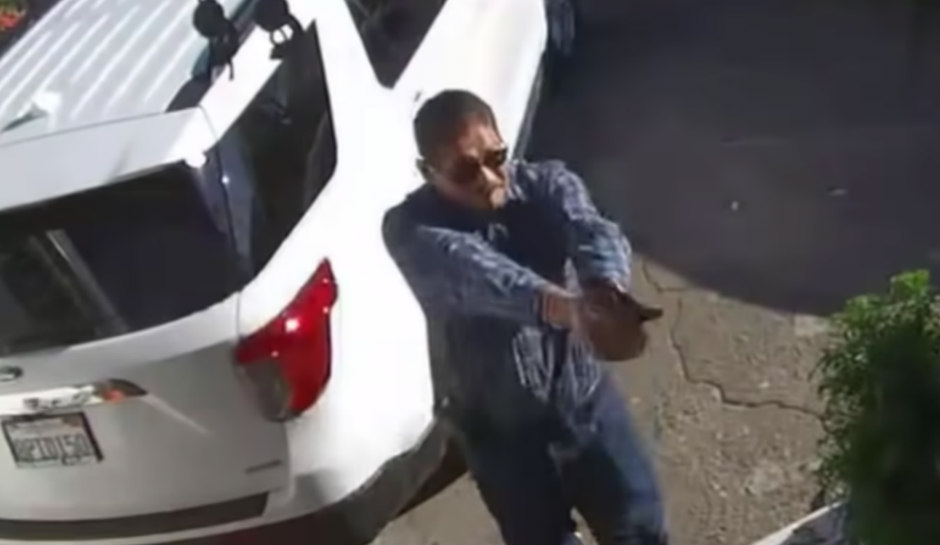 A man wanted for allegedly shooting his ex-girlfriend to death in California killed himself in Texas as authorities closed in on him, the Irving Police Department said Saturday.

Detectives determined Herbert Nixon Flores, 46, traveled to family in Texas after shooting 35-year-old Karen Ruiz in Los Angeles. The shooting was captured by a security camera that showed Flores exiting his care and pulling out a gun while in the driveway of the home, as CrimeOnline previously reported.

Ruiz attempted to run, but Flores fired, hitting her several times, while their 3-year-old daughter screamed in the background.

Irving police said detectives in Texas tracked Flores to Arlington and monitored his location until he was seen getting into a vehicle and traveling toward Dallas. Unmarked vehicles and the Dallas Police Air Unit followed until marked cars were in the area. Once Flores realized he was being followed, police said, he abandoned the vehicle and continued on foot.

As the marked cars pulled up toward him, Flores “killed himself with one self-inflicted gunshot wound from a handgun he had on his person,” Irving police said.

California authorities launched a search for Flores after the shooting.

“The relationship was violent,” LAPD Detective Sharon Kim said. ”She had several reports made against him over the years and most recently she took out a restraining order against him due to some violent acts he committed against her.”

“He has a violent criminal history,” she added. “He is an MS-13 gang member.”