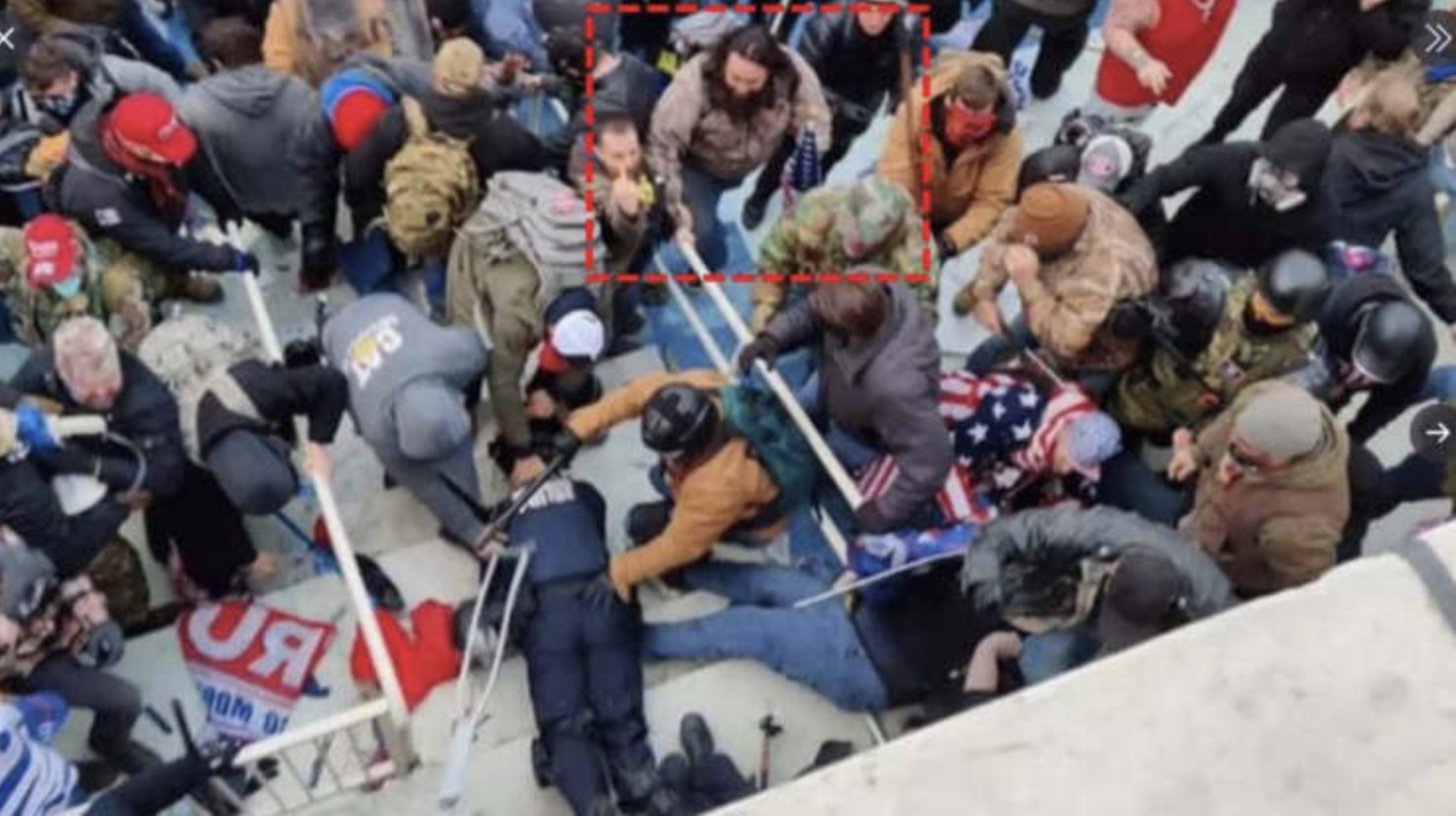 Colorado geophysicist dragged DC cop down Capitol stairs, where he was beaten with flag pole [Prosecutor]

A Colorado geophysicist tried to kill himself and bought an airline ticket to Switzerland after his participation in the violent pro-Trump mob attack on the US Capitol on January 6, prosecutors said in court Friday.

Jeffrey Sabol, 51, is seen in a video dragging a Metropolitan Police officer down a flight of stairs, where the officer is then beaten with a flag pole by another suspect, Peter Stager, an Arkansas resident who was arrested last week.

Sabol reportedly told authorities he was “in a fit of rage” when he dragged the officer the down the stairs, CNBC reported.

Assistant US Attorney Benjamin Gianforti told US District Court Judge Andrew Krause that Sabol, a divorced father of three who grew up in New York, was found by police in Clarkstown, New York, on January 11, but he was not arrested at that time. He was arrested Friday morning at a hospital in Westchester County, but the prosecutor did not say why he was at the hospital. NBC New York said that he turned himself in at that time.

Sabol’s court-appointed attorney said that Sabol spent a week in a psychiatric hospital after the deadly insurrection but is now stable, CNBC reported. The attorney asked that Sabol be released on a $200,000 bond, but Gianforti argued that Sabol “has the financial wherewithal to flee these charges and may “have assaulted another police officer” with a baton that he was photographed wielding during the attack.

“That conduct is beyond the pale,” Krause said. “These are extreme serious actions, and these actions have consequences.”

Krause ordered Sabol held without bond on a charge of civil disorder. Stager, the rioter who was videoed beating the officer with a flag pole with an American flag attached, was also arraigned on Friday, in Arkansas, where he was ordered held without bond.

Gianforti said that Sabol had tried to kill himself sometime after the insurrection and had bought a plane ticket to take him from Boston to Zurich, Switzerland. He said that Sabol, whose sister is an Army colonel, told authorities his memory for most of January 6 is foggy.

Rioters swarmed the Capitol as the joint houses of Congress were meeting to count the electoral college ballots and finalize Joe Biden’s election win, after a rally in which then-President Trump and other supporters regaled them with baseless arguments that the election had been stolen by Democrats. Five people, including a police officer, were killed in the violence as the rioters rampaged through marbled hallways, Congressional chambers, and legislators’ offices.

[Featured image: Jeffrey Sabol is near the center of this image, wearing a brown jacket, a green backpack, black gloves, and a black helmet, wielding a baton. Peter Stager is in the red box/FBI]