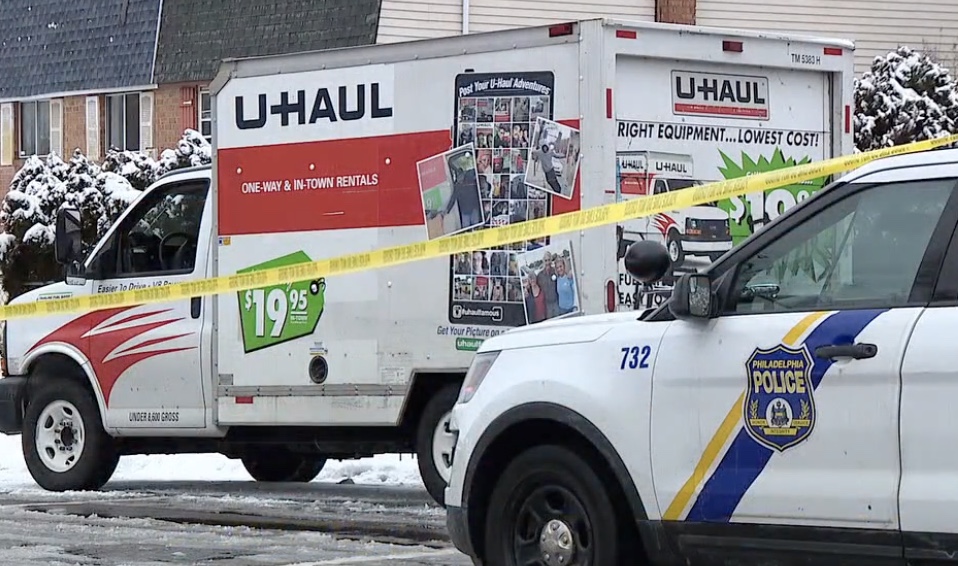 Police have charged the U-Haul’s passenger, Taray Herring, with burglary, abuse of a corpse, and more, but have still not identified the victim.

The passenger in a U-Haul truck found carrying a dismembered body has been charged with burglary, abuse of a corpse, criminal trespass, theft, and tampering with evidence, the Philadelphia Inquirer reports.

Police spokeswoman Cpl. Jasmine Reilly said that the Medical Examiner’s Office is still working to confirm the identity of the torso found in a trash bag in the back of the truck and other body parts found in trash bags in a dumpster behind a nearby strip mall. The body parts, some of which were reportedly deep-fried, are consistent with an adult male, she said.

The bizarre incident began Wednesday when someone from out of state called Philadelphia police and asked for a well-being check on Peter Gerold, saying he hadn’t been heard from for “some time.” Officers checked the house, Reilly said, which appeared properly secured with no pile up of mail. Officers did not enter the home, she said.

The following morning, police responded back to the home to a call about a burglary in progress. Police followed a U-Haul truck they saw driving away from Gerold’s home and pulled the vehicle over a short distance away, as CrimeOnline previously reported. The driver got out of the truck as police approached and said, “I don’t want anything to do with this, and there’s a body in the back.”

After talking with Herring, detectives searched the dumpster behind the strip mall, where they found black trash bags containing hands, feet, and cut-up legs, a source told the Inquirer. The hands and feet, the source said, had been deep-fried.

A source also said that other body parts were found in a detached garage at Gerold’s home along with evidence that someone had attempted to burn a body. Police said that they found a weapon in the back of the U-Haul but have not said what kind of weapon it was.

While police have not confirmed that the body found belongs to Gerold, animal services personnel were on scene at the home on Friday removing exotic pets that he owned.

Police sources told Fox 29 that Gerold had multiple security cameras in his home, but the device that stores the videos was gone.

Neighbors said that Gerold, 70, was a licensed massage therapist who was quick to help others.

The Inquirer said that Herring is a registered sex offender and was arrested last May on charges of burglary, criminal trespass, theft, and other charges. He was released in June and has not yet faced a preliminary hearing. He pleaded guilty to unauthorized use of a motor vehicle in 2019, was convicted of indecent assault and harassment in 2013, and pleaded guilty to other felonies in 2012 and 2001.