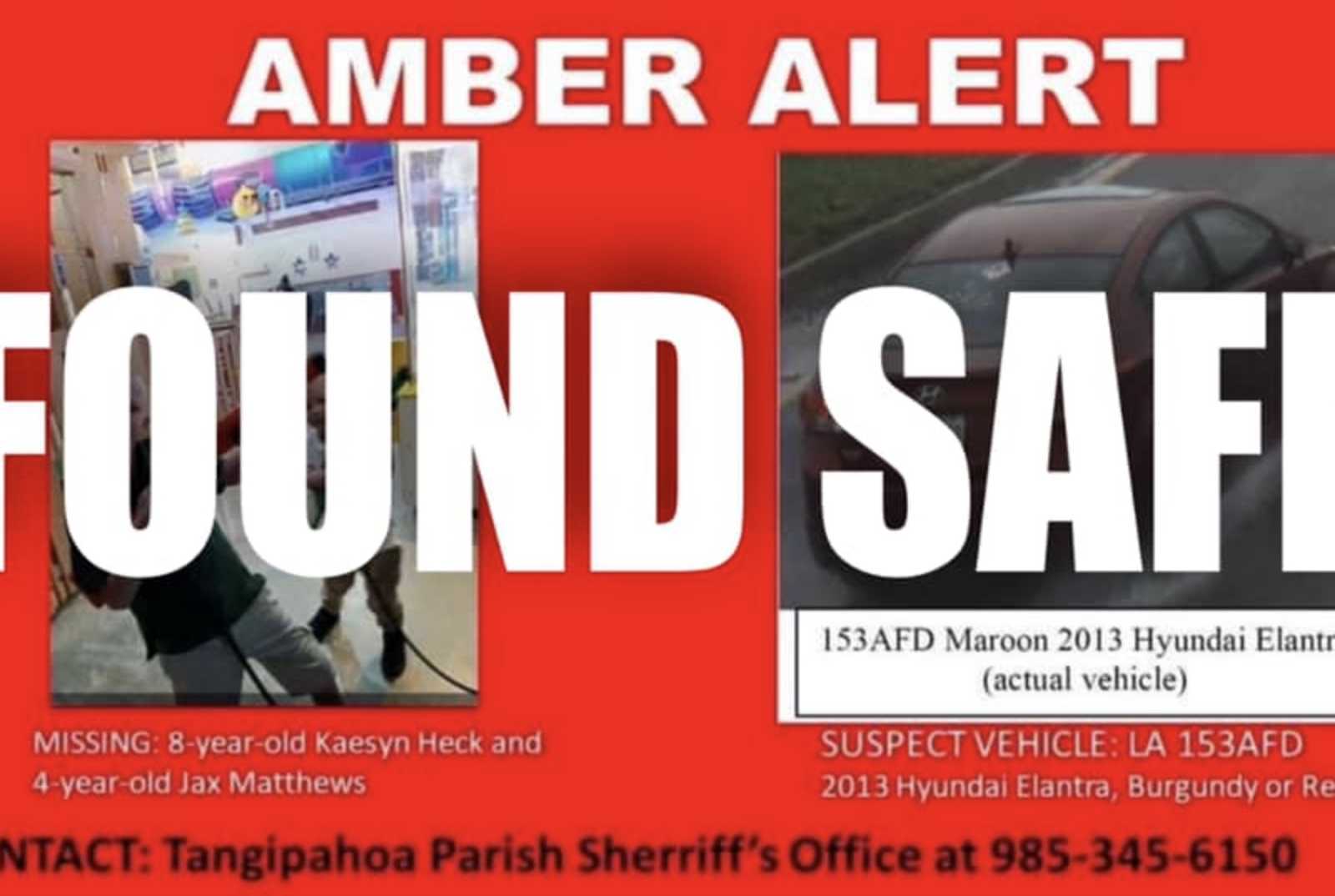 Two boys reportedly abducted from Louisiana Tuesday afternoon by their biological mother, who stole their father’s car while the boys were in it, have been found safe in Florida, the Tangipahoa Parish Sheriff’s Office said Wednesday.

They’re still looking for the mother, 38-year-old Shawntel Heck, and have a warrant out for her arrest on charges of kidnapping and unauthorized use of a vehicle, WVUE reports.

The boys, 8-year-old Kaesyn Heck and 4-year-old Jax Matthews, have been placed in protective custody, the sheriff’s office said.

Deputies said abduction took place at about 4 p.m. Tuesday at the father’s home in Ponchatoula, Louisiana, as CrimeOnline reported. He left the boys in the running vehicle, with the doors unlocked, while he went to get something out of his shed. In the meantime, Heck arrived, got in the car, and took off.

The vehicle was found near Milton, Florida — about 225 miles away — with both children still inside. Heck took off on foot, deputies said.