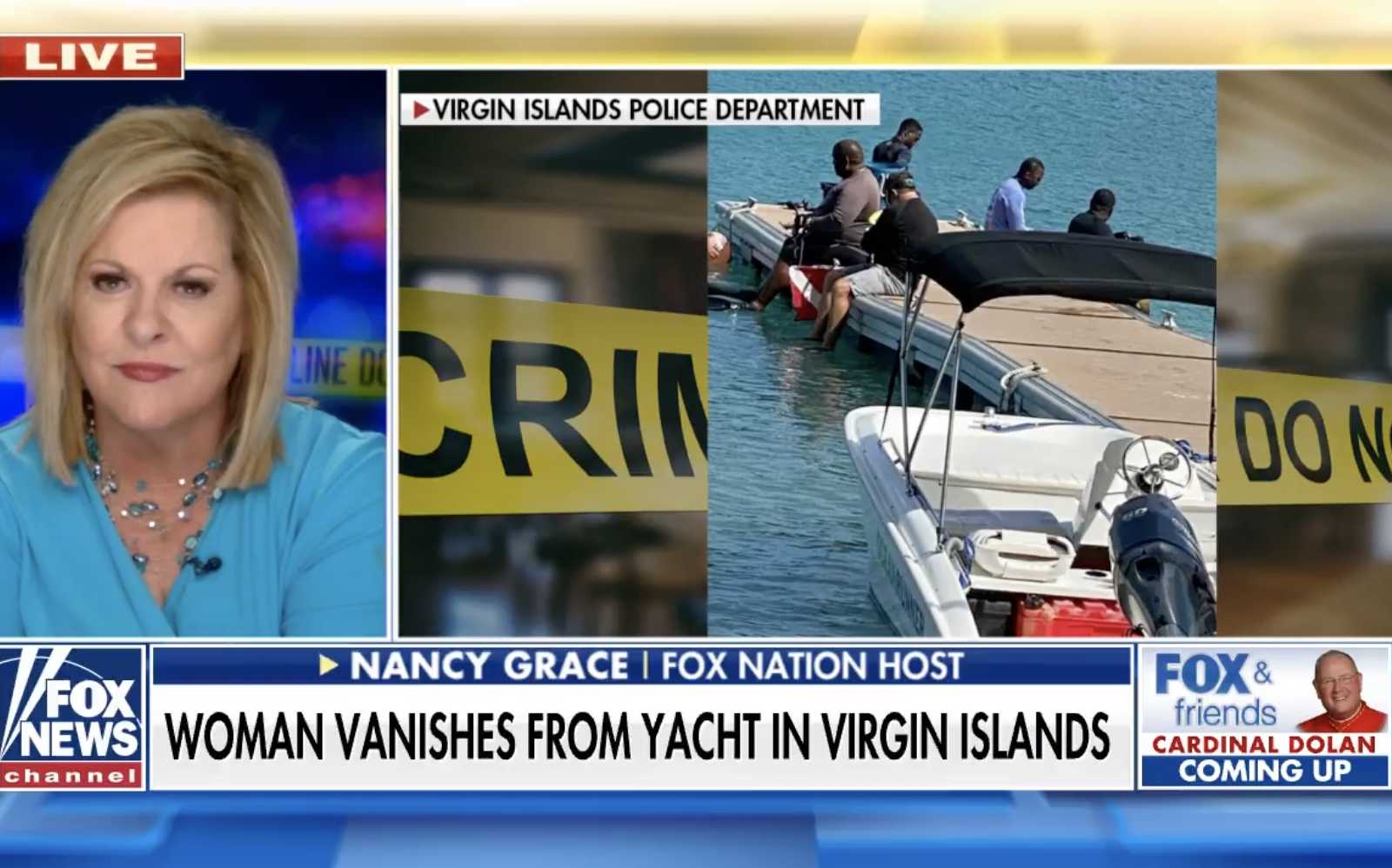 CrimeOnline’s Nancy Grace says she is “curious” about several aspects of the case of former airline attendant Sarm Heslop, who has been missing since she disappeared from her boyfriend’s catamaran while it was moored in the US Virgin Islands overnight on March 7.

“I’m questioning the timing here,” Grace told Fox News, noting that the 41-year-old Heslop’s boyfriend, identified as American Ryan Bane, 47, told authorities the couple went to St John for dinner that evening then returned to the 47-foot catamaran, Siren Song, at about 10 p.m.

“He says they watch a movie and fall asleep,” Grace said. “At around 2 a.m., he says, he hears an alarm, the anchor alarm alerting him the ship is getting away from its mooring.”

At that point, Bane told police, he discovered Heslop, a Brit, was missing. Her belongings — including her cell phone — were still on board, and the boat’s dinghy was still there, as CrimeOnline previously reported. But the Virgin Islands Daily News reported that Bane didn’t call the US Coast Guard until almost noon on Monday.

“I’m curious why it took him 10 hours to alert anyone,” Grace said. ” … Ten-hour delay. Interesting.”

Grace also said it’s hard to imagine not finding anything in the water where the Siren Song was moored, which she said is “very placid, clear, almost crystal clear water.”

“It’s very difficult to do a water search. You can’t see that far in front of your face,” she said. “But in those waters you can see very clearly for many feet away, so I’m very curious as to why nothing is showing up.”